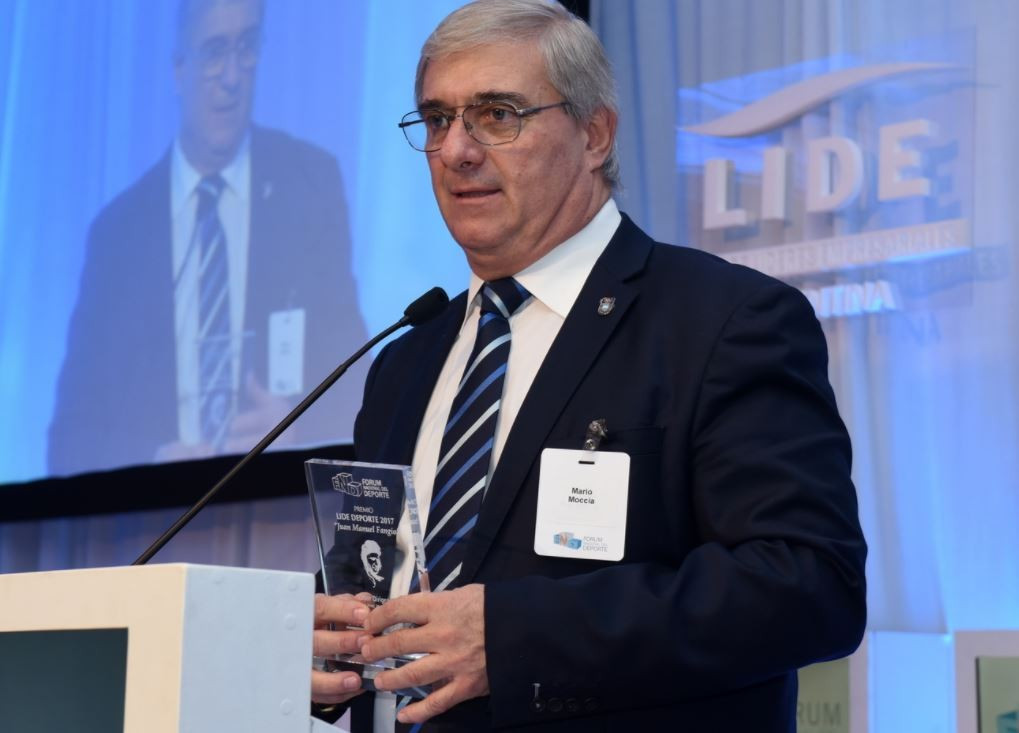 The Court of Arbitration for Sport (CAS) has thrown out the appeal made by Argentinian Handball Confederation President Mario Moccia after he was banned from participating in events by the International Handball Federation (IHF) in 2019.

It comes after the IHF Ethics Commission in 2018 determined that Moccia had violated the Good Governance ruling in the sport's Ethics Code and stopped him from attending the IHF Congress, official meetings and events convened by the IHF.

The IHF Executive Committee submitted the request for the Ethics Commission to look into the case in July 2018 after Moccia made remarks towards the character of Hassan Moustafa, the IHF President.

It came around the same time period where IHF had attempted to split the Pan American Team Handball Federation (PATHF) into two, with Moccia being the former President of the body.

In a statement on that decision, PATHF described it as "an assault on the sovereignty of our organisation and the integrity of the sport worldwide".

They had said: "PATHF has become a victim of a sports leader that manipulates an International Federation for his own benefit, a federation whose yearning to make a better world through sport has nothing to do with such petty interests.

"Nothing is further away from the sports integrity principles promoted by the International Olympic Committee that the obscurantist governance applied by Moustafa and his policy of fear against Member Federations.

"The unprecedented forced division of our continental Federation violates democratic and self-governance principles expressed in the very IHF statutes, as well as Swiss Law, where IHF is located.

"The IHF has authority to regulate the sport but never administrative matters of an independent entity.

"Also, the IHF is forcing PATHF to divide into two federations that must include members that do not fulfil formal and/or sport requirements necessary to be part of the entity.

"This attempt to dismantle our federation is a direct assault on our sport as a whole and, as a consequence, on our athletes.

"There is no doubt that Moustafa seeks to destroy handball in Pan-America."

At that time, the organisation was suspended by IHF and in September, IHF refused to stop its plan to split the body despite losing a case at CAS.

The offence committed by Moccia was at the IHF Council meeting in Zagreb in Croatia on January 14 2018.

The decision by IHF to ban Moccia was taken on April 16 2019 by the IHF Ethics Commission and on May 29, he appealed to the IHF Arbitration Tribunal.

Moccia then had a hearing held at the CAS Court Office in Lausanne in Switzerland on January 14 2020, with the decision being made last month.

It brings proceedings to an end with CAS dismissing Moccia's appeal stating the following as its reasoning.

The CAS statement said: “Overall, the Sole Arbitrator has no doubt that these public statements [made by Mr Moccia] have openly and personally attacked Mr. Moustafa’s dignity, and certainly affected negatively the reputation of the IHF and of handball, before a wide audience, composed of International Federations and National Olympic Committees.

“The Sole Arbitrator, therefore, concludes that the appellant’s statements constitute clear breaches of the provisions of article V of the IHF Ethics Code regarding dignity as these were ad hominem attacks against the personality of the President of the IHF, integrity, and good governance.”