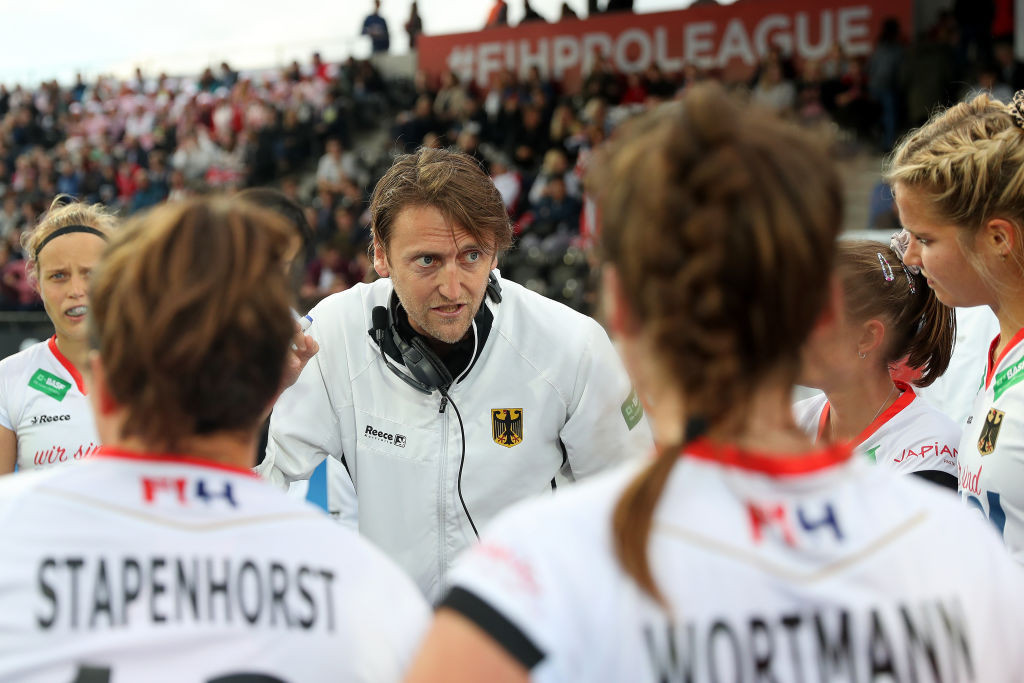 Xavier Reckinger has extended his contract as coach of the German women's national hockey team through to the 2024 Olympic Games in Paris.

The German Hockey Federation (DHB) said Reckinger, who made 328 appearances for Belgium during his playing career, wanted to continue in the role despite reported interest from other nations.

The 36-year-old is set to lead the German team at the postponed Tokyo 2020 Olympics, as well as the 2022 Hockey World Cup and Paris 2024, after signing the new deal.

"Yes, there were always questions from outside, but I decided early on that I wanted to continue with the team, which is still very young.

"The Danas have a lot of potential.

"Most players are still very young and can easily play two Olympic cycles.

"There is also a lot of potential in the under-21 and under-18 teams, which I always watch closely.

"And last but not least, it was the DHB that gave me my first chance as head coach and gave me a lot of trust.

Reckinger took over from Jamilon Mülders in 2017 and guided Germany to the silver medal at the 2019 European Championships in Belgium.

He also led Germany to third in the inaugural Hockey Pro League season and fifth at the 2018 World Cup.

Germany booked their place at Tokyo 2020, postponed until 2021 because of the coronavirus pandemic, by thrashing Italy 9-0 in a two-legged Olympic qualifier last year.