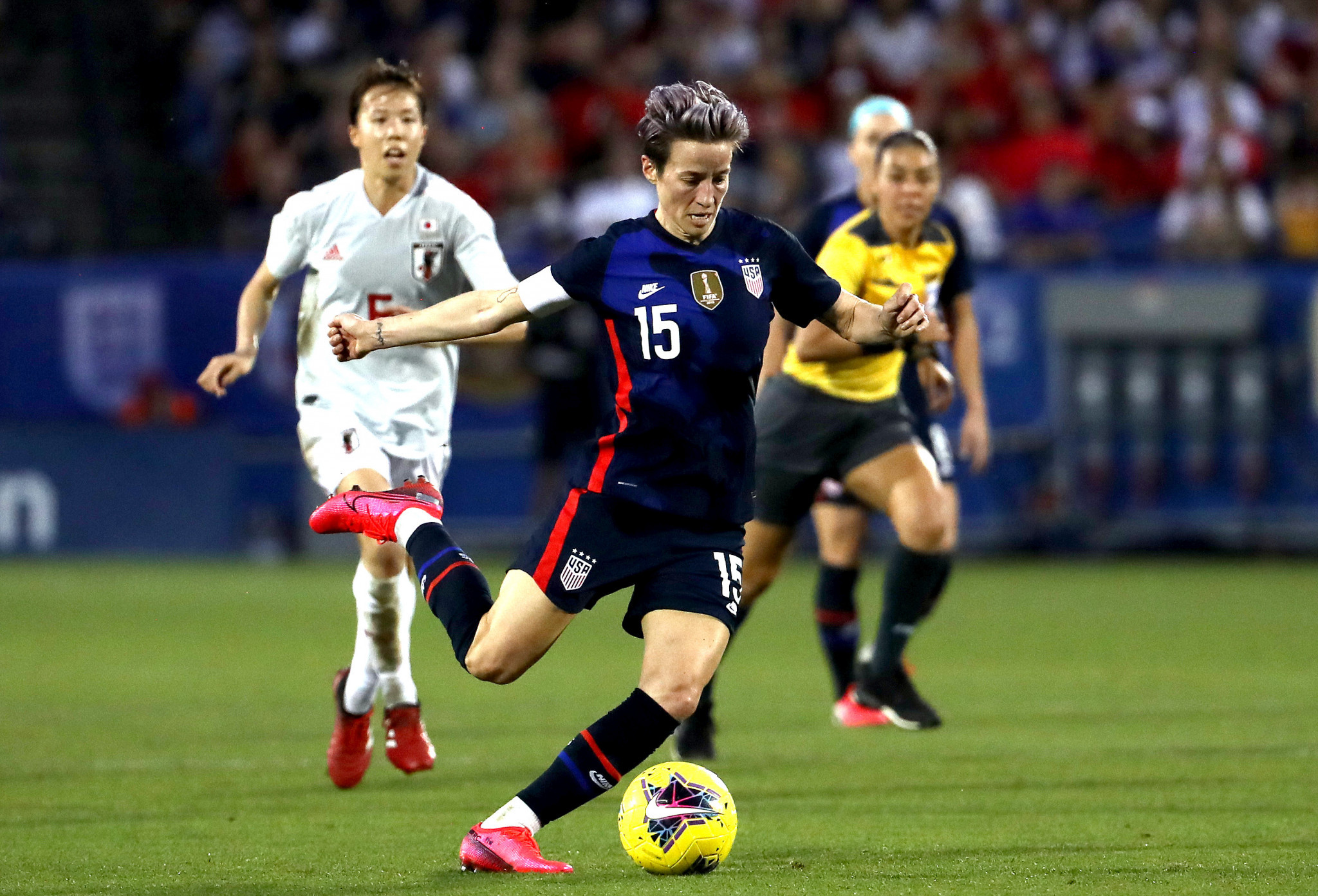 Two-time FIFA Women's World Cup winner Megan Rapinoe has expressed her doubts over whether the rescheduled Tokyo 2020 Olympics can take place next year.

The Games were postponed until 2021 due to the pandemic, which has now seen more than 3.7 million coronavirus cases worldwide and 258,000 deaths reported.

Japanese organisers are now shifting efforts towards the rescheduled Games, with the Olympics moving to between July 23 and August 8.

Doubts remain over whether the Games will be able to take place next year, however, amid the current lack of a vaccine for COVID-19 and the possibility of an extended period of social distancing being required until one is discovered.

Japan Medical Association President Yoshitake Yokokura expressed fears last month, suggesting Tokyo 2020 could not be held in 2021 if a vaccine against coronavirus has not been developed.

John Coates, the head of the Tokyo 2020 Coordination Commission, has claimed the Olympic and Paralympic Games are not dependent on a vaccine, however.

Rapinoe admitted to having doubts over the Games taking place, with the American targeting a second Olympic gold medal after success at London 2012.

The 34-year-old, who was in support of the postponement, expects the Games to be the last Olympics for her and her girlfriend Sue Bird, a four-time Olympic champion in basketball.

"Frankly, I think the Olympics are in doubt next year," Rapinoe told CNN.

"The more I think about it logistically, just bringing everybody together like that with the absence of drug therapies or anything like that just seems difficult.

"Certainly, you want to be able to go out the way that you want to and not sort of be pushed out by a pandemic.

"If it happens that, you know, we can't play sports for a number of years or whatever it may be, you know, this situation will be what it is.

“And I think we'll be at peace with that.

"But I think we're definitely both hoping to be able to play in the Olympics."

Rapinoe won both the Golden Boot and Golden Ball at the 2019 FIFA Women’s World Cup in France, won by the US.

She is among the players supporting a lawsuit against US Soccer.

An unequal pay claim by the women's national team against the governing body was dismissed by a federal judge last week.

Judge R. Gary Klausner has allowed their allegation of discriminatory working conditions to go to trial, which is expected to begin in Los Angeles on June 16.

A group of players led by Alex Morgan had been seeking $66 million (£52.8 million/€59.5 million) in damages after claiming they had been paid less than their male counterparts.