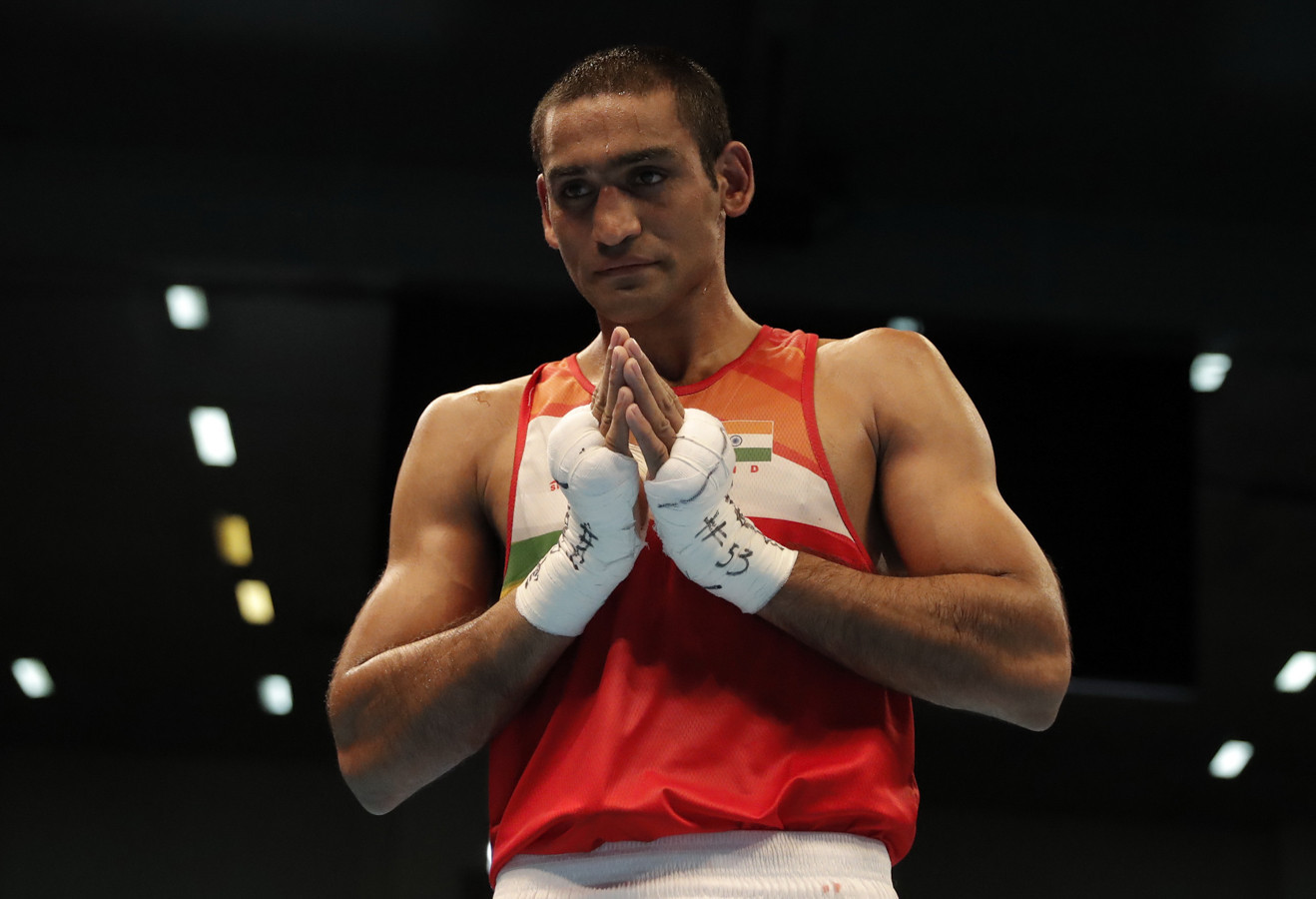 India's Sports Minister Kiren Rijiju believes boxing will be a key sport as the country aims to break into the top 10 of the Summer Olympics medal table by Los Angeles 2028.

The politician made the claim in a video conference held with top Indian fighters and officials.

At the Asia-Oceania qualifier for the Tokyo 2020 Olympic boxing tournament, held in Amman in Jordan in March, Indians performed strongly with nine athletes qualifying for the Games.

Tokyo 2020 has now been pushed back to 2021 due to the COVID-19 outbreak, which gives the country's delegation more time to prepare.

More Indians could still appear at the Olympics as a final world qualification tournament is scheduled to take place.

This was due for Paris between May 13 and 24 but was called off due to the coronavirus outbreak.

Riiju told the almost 140 fighters, coaches and officials who signed-in for the video conference that allowing boxers to return to action as soon as possible was a key priority.

"I have discussions with my officers," he said, according to The Statesman.

"We are planning out a way to start functioning as soon as possible.

"I thought first of all we should allow practice for the players who have qualified for the Olympics and who will be participating in the qualifiers or important championships.

"We can't open all the coaching centres, so we will allow only for elite athletes.

"Junior camps have to wait for some time as safety will be priority."

Riiju has previously claimed that a "quantum jump" will take India into the medals table top 10 in time for Los Angeles.

The country won two silver medals in the first Olympics in which it competed at Paris in 1900, but has since bettered that total just twice.

At Beijing 2008, India won a gold thanks to Abhinav Bindra in the men's 10 metre air rifle event and two bronzes, and at London 2012 the nation had their best Olympic return by winning two silvers and four bronzes.

At the 2016 Olympics in Rio de Janeiro, India won a silver and a bronze.

Six-time world champion Mary Kom is one of the Indian boxers who booked a Tokyo 2020 place in Amman.

However, the Boxing Federation of India (BFI) has been embroiled in a dispute with the International Boxing Association (AIBA) after the 2021 Men's World Championships were moved from New Delhi to Belgrade last month.

AIBA said India had not paid hosting fees but the BFI argued that the decision had been taken in "haste" and without consultation.