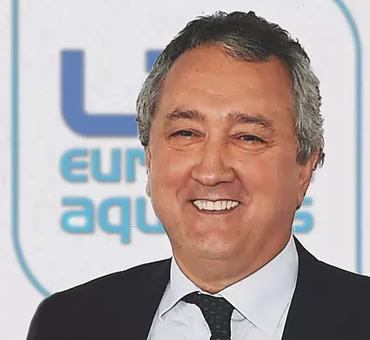 The European Swimming League (LEN) has denied allegations made against its President Paolo Barelli, secretary general David Sparkes and treasurer Tamás Gyárfás, after the three officials were reported to European authorities over reportedly authorising six-figure payments to third-party companies over a period of five years.

Allegations were published by Frankfurter Allgemeine Zeitung in Germany, the Sunday Times in the United Kingdom and the Daily Telegraph in Australia, with the newspapers reportedly receiving documents sent to prosecutors in Switzerland and Italy.

The documents claim that LEN had made payments to three Italian companies for services which had never been provided.

It is alleged the three officials signed a contract with an insurance company called Elevan on advisory services related to television rights.

The company would reportedly be commissioned if it helped to improve agreements by around five or six per cent.

According to Frankfurter Allgemeine Zeitung it is unclear whether Elevan has ever been paid commission, however documents allegedly claim additional payments were made to the company for "identification and support activity" related to sponsorship contracts.

Barelli, an International Swimming Federation (FINA) vice-president, is claimed to be a majority owner of CIR AUR.

According to the Daily Telegraph, the three officials have not disputed that they signed documents authorising the payments, but have said the fees were legitimate.

Former LEN President Bartolo Consolo reportedly raised concerns over the payments after receiving an anonymous report about the documents in December.

Seven members of the LEN Board are claimed to have called for an internal investigation the following month.

Five of the members are believed to have backed Barelli after the Italian explained the payments, including claims payments to CIR AUR were a refund to him after he had used "a very large amount" of his own money to support LEN during a period of financial difficulty.

LEN has said there is "no substance" in the allegations made.

"LEN totally rejects the allegations, which have appeared in some media reports," a LEN statement read.

"Following various briefings and the receipt of the Audit Report, the LEN Bureau unanimously agrees that there is no substance to the allegations raised.

"LEN maintains that all its bodies have always respected a conduct in line with the principles of good governance and transparency."

Consolo reportedly personally notified FINA president Julio Maglione about the allegations in February, but the claims were allegedly not forwarded to FINA’s Ethics Panel to investigate.

Barelli previously faced fraud allegations in 2014 after claims a sum of $1 million (£800,000/€920,000) allocated to the national governing body to be spent on the pool used for the 2009 World Championships in Rome was unaccounted for.

The Italian, who has served as LEN President since 2012, strongly denied the charges and no further action has ever been taken.

Gyárfás was last year charged with ordering the murder of a rival media member in 1998.

He denies the charges.