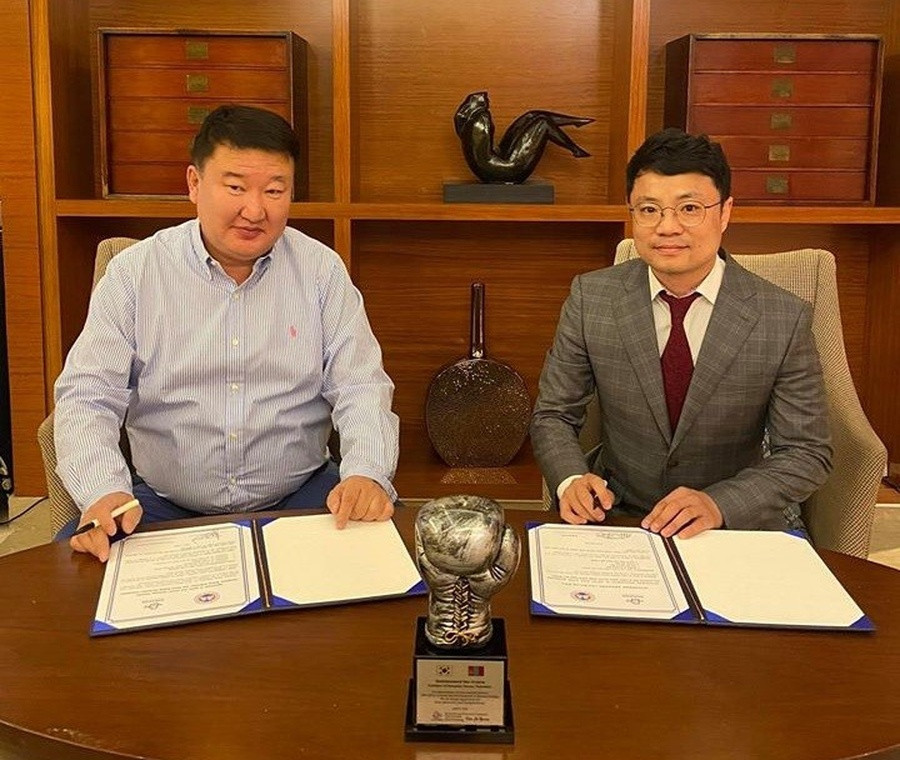 Mongolia and South Korea have signed a bilateral cooperation agreement to boost the development of boxing in both countries.

The arrangement was signed in Mongolia's capital Ulaanbaatar and will last for two years.

It will cover various aspects of boxing with the aim of improving Mongolian and Korean fighters.

Dashdemberal Bat-Erdene, the President of the Mongolian Boxing Federation (MBF), signed the agreement on behalf of his country.

He was joined by the chairman of Korean Boxing, Kim Ji-hyun.

Enkhbat Badar-Uugan, the first vice president of the MBF, was also present at the signing ceremony.

He won his country's first Olympic gold medal in any sport when he captured the bantamweight title at Beijing 2008.

Both parties had earlier held meetings in South Korean capital Seoul to draw up the agreement.

The nations were also both represented at the Asia-Oceania Olympic Boxing Qualifier for Tokyo 2020 in Jordan's capital Amman in March.