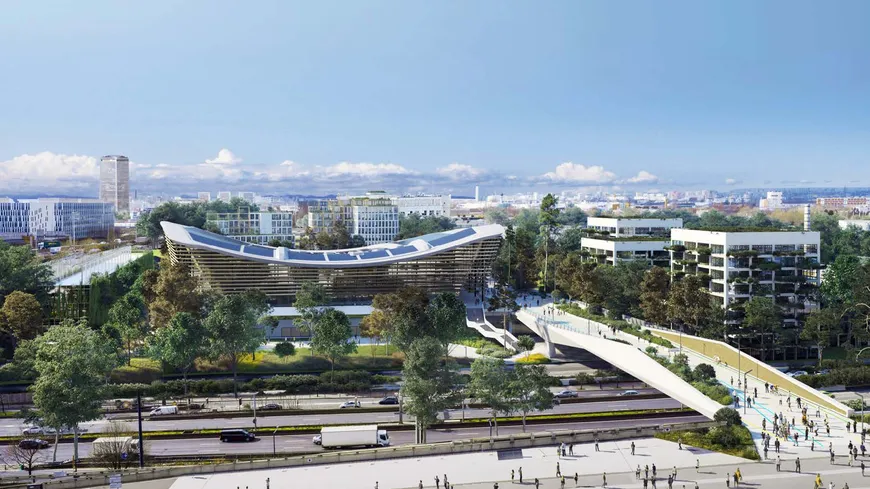 A group led by Bouygues have been chosen to construct the Paris 2024 Aquatic Centre in Saint-Denis by Métropole du Grand Paris, with the cost having increased to €174 million (£151million/$190million).

The Métropole du Grand Paris, who were contracted to decide the tender, have confirmed plans for the venue.

Bouygues, associated with Dalkia-EDF and Recrea, were chosen as the preferred tender to construct and run the facility over a project led by Vinci Construction France.

The project was backed after assessing its architectural quality, functionality and environmental impct.

The chosen project will see the construction of a venue 30 metres high and 100m in length and width.

The building will have a curved shape and wooden surface, with the swimming pool set to be 70 metres in length.

A mobile platform will allow for the swimming pool to be separated, allowing two pools with the size and the depth being adaptable.

It is claimed the mobile platforms could also allow for three pools, with two 25m lengthwise and the third in the width direction.

The facility is expected to have a 6,000 capacity, with artistic swimming, diving and water polo set to take place at the venue during the Olympic Games.

The venue will also be used during the Paralympic Games, with boccia set to be held in the facility.

The capacity will be reduced to 2,500 after the Olympic and Paralympic Games.

The Olympic Aquatic Centre will remain as a permanent venue following the Paris 2024 Olympic and Paralympic Games.

Temporary 50m pools will be set up by Paris 2024 during the Games for the swimming competitions, with plans for a 15,000 capacity for spectators.

These will be relocated after the Games.

The overall cost of the Olympic Aquatic Centre project has risen to €174 million (£151million/$190million), compared to the €111 million (£96million/$121million) estimated during the bid phase.

The increase will reportedly not lead to alterations in the infrastructure budget for Paris 2024, with the overall €3.2 billion (£2.7 billion/$3.5 billion) figure having taken into account possible inflation.

Solideo, the Olympic delivery authority, have claimed the increase is due to the changes in the value of the Euro and the increase of construction costs in the Ile-de-France region.

The total construction cost of the facility is expected to be €147 million (£127 million/$160 million), with contingencies, deconstruction and depollution work on the site contributing to the increase.

The increase also includes an additional investment of €20 million (£17 million/$21 million) from the Métropole du Grand Paris, which will allow the financing of an aquatic play area, which was not originally included in plans.

The remainder will come from the City of Paris, the Ile-de-France Regional Council, the Departmental Council of Seine-Saint-Denis and Plaine Commune, as well as the Métropole du Grand Paris.

Paris 2024 will contribute €4 million (£3.4 million/$4.3 million) for specific arrangements for the Olympic and Paralympic Games.

The venue will be built in Saint-Denis, opposite the Stade de France.

Costs include the construction of a footbridge which will connect the swimming pool to the stadium.

The ZAC Plaine Saulnier district, where the venue will be constructed, is also expected to see the development of padel tennis courts, basketball and football facilities as part of the Olympic and Paralympic Games project, as well as a skate park.

The roof of the venue is expected to have a 5,000m² roof covered with photovoltaic panels, which will enable the venue to run self-sufficiently.

Environmental measures also will include planting 102 trees, priority use of bio-based materials, control of water consumption.

The Métropole du Grand Paris Metropolitan Council are set to vote on May 15 to approve the selection of Bouygues in the tender process.

Construction of the venue is expected to begin next spring.