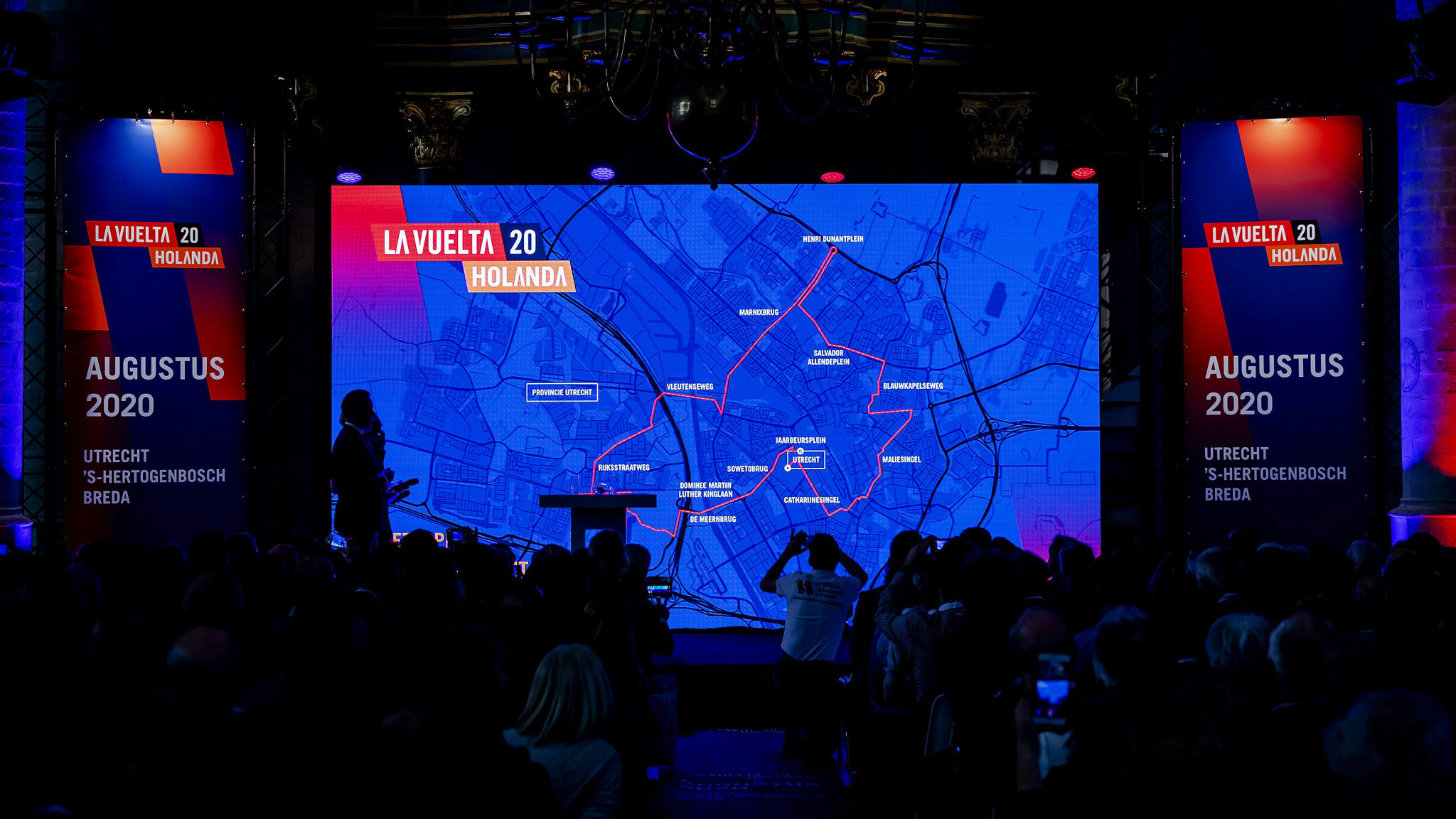 The Vuelta a España has been reduced to 18 stages after organisers were forced to cancel the official race start in the Dutch regions of Utrecht and North Brabant.

Organisers said they had been forced to cancel the start due to the reorganisation of the 2020 cycling calendar announced by the International Cycling Union and measures implemented by the Dutch Government forbidding sporting events until September 1.

“The departure of La Vuelta 20 from Holland was a project that had been designed as a big summer party,” organisers said.

“Faced with the impossibility of ensuring the planned development of the race’s official departure, with all of the required guarantees for an event of these characteristics, La Vuelta Holanda has preferred to request the official departure’s cancellation.”

Utrecht would have become the first city to host all three of cycling's Grand Tours, with the city previously staging the start of the Tour de France in 2015 and the finish of a stage of the Giro d'Italia in 2010.

The 75th edition of the Spanish Grand Tour was due to begin with a team time trial in the Dutch city.

Race director Javier Guillén has expressed hope the Grand Tour race will return to The Netherlands in a future edition, with 2022 the earliest possible opportunity.

“We have seen so much enthusiasm and a very high degree of involvement,” Guillén said.

"The very least we can do is to begin exploring the possibility of departing from The Netherlands in the near future, and we trust that we will be able to do so as soon as possible.”

Dates for the rescheduled Vuelta a España have not been confirmed yet.

The UCI have delayed publishing a revised calendar for men's and women's road cycling until May 5.

The Vuelta a España will now be held over 20 days, rather than the original 23.

Racing will begin in the Basque Country, with the opening stage taking place from Irun to Arrate.

“Obviously, when you design the race, you hope to never have to make changes of this magnitude, but we have to be sensible with the current situation and we have to accept that it is very difficult to replace an official departure at this late stage, given all the institutional and logistical planning that it involves”, said Guillén.

“To have that passion for cycling that is so present in the Basque Country from the very first day makes this change in plans much more pleasant.

“In any case, we only hope that this unprecedented health crisis is resolved soon, so that we can all return to normal, and hope that La Vuelta will again consist of its traditional format and duration of 21 stages and two rest days in 2021.”

It will be the first time in 35 years the race will have less than 21 stages, with the 1985 edition having featured 19.

The race will begin in the Basque Country for the first time since 1961, when San Sebastián hosted a team time trial.