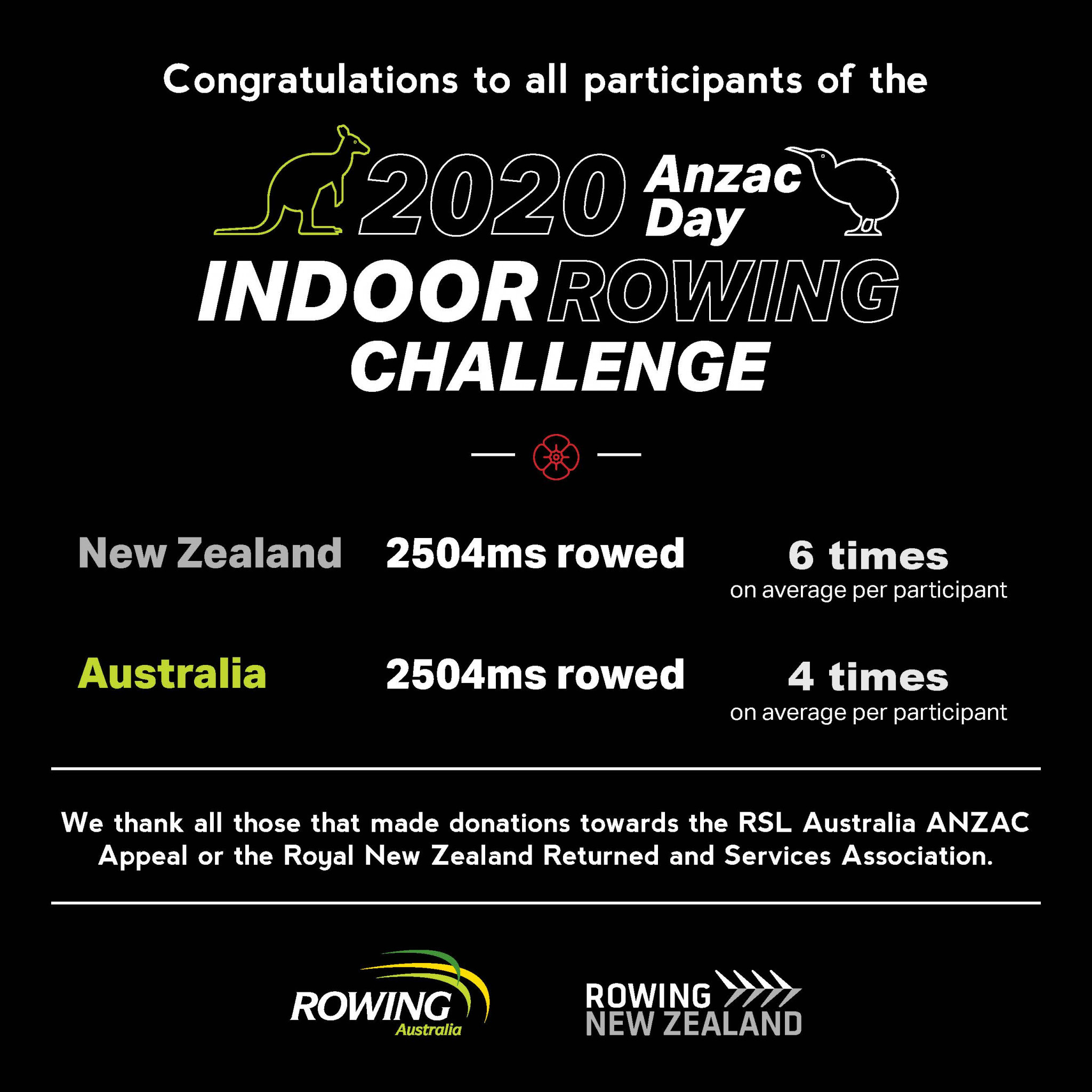 Anzac Day is an annual event observed by Australia and New Zealand to commemorate the citizens of both nations who served and died in all wars, conflicts and peacekeeping operations.

It is named after the Australia and New Zealand Army Corps, which fought during the Gallipoli campaign.

The Gallipoli campaign infamously killed more than 11,000 of the countries' troops, with a further 25,000 being wounded from the estimated 65,000 soldiers sent.

For the challenge, rowers had to row 2,504 metres as many times as they could - using indoor rowing machines in light of teh coronavirus pandemic.

The distance honoured that date April 25.

The results are in for the inaugural Anzac Day Indoor Rowing Challenge. New Zealanders claimed the challenge this year, but the challenge’s purpose & yesterday’s efforts were first & foremost undertaken to honour our Anzac brothers & sisters – past and present. pic.twitter.com/x0zlI0gh3l

In total, more than 1,500 people took part, with in excess of 19,300 kilometres being covered between the countries - around one and a half times the distance from Albany in Western Australia, where the troops departed in 1914, to Anzac Cove near Gallipoli.