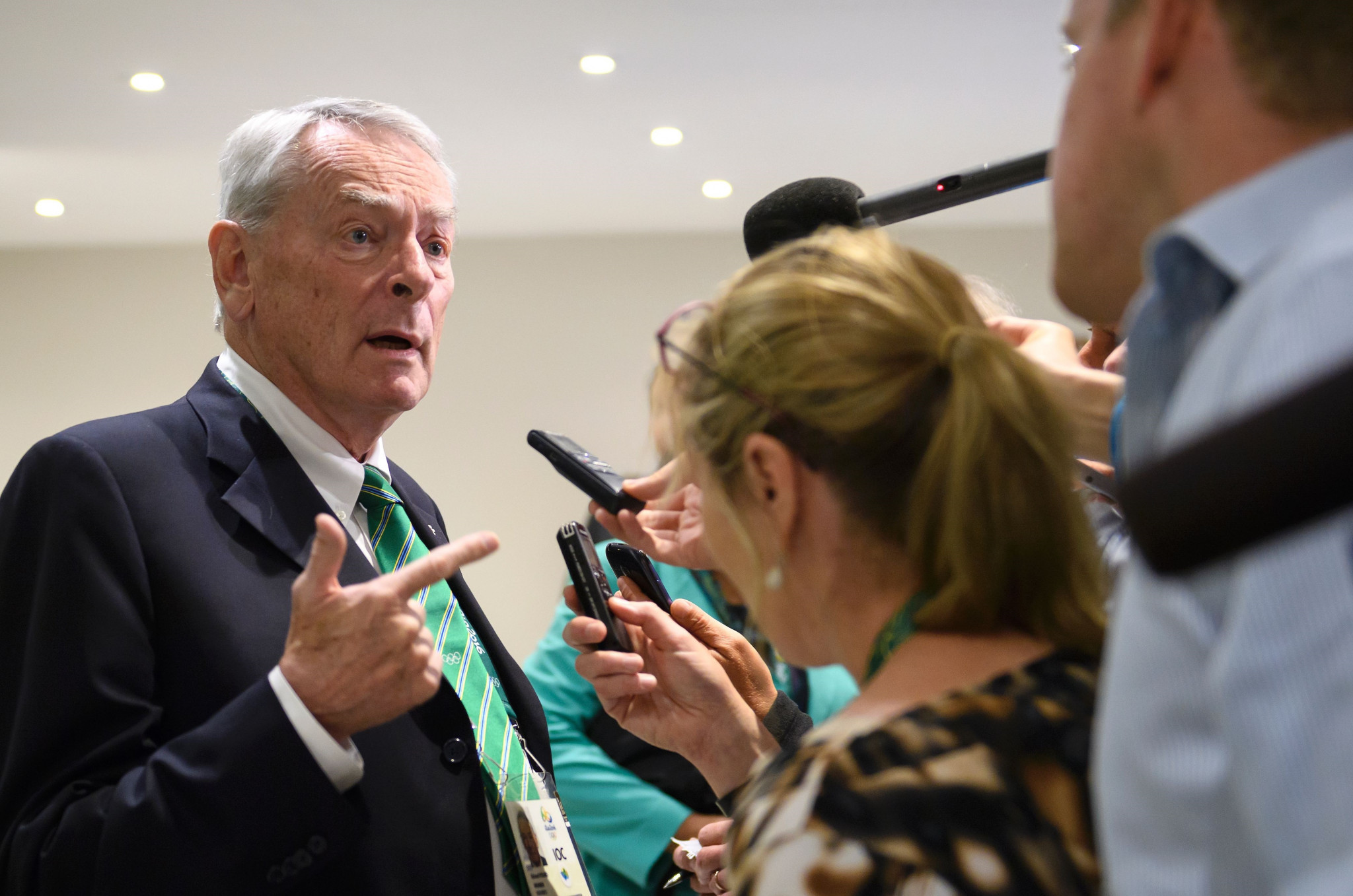 Richard Pound, the longest-serving member of the International Olympic Committee (IOC), believes 2021 will be the only chance for the Tokyo 2020 Olympics and Paralympics to take place.

The Games were moved to July 23 to August 8 and August 24 to September 5, 2021, respectively, after coronavirus cases rose across the world.

More than 2.5 million people have now been infected, resulting in more than 178,000 deaths.

Tokyo 2020 chief executive Toshirō Mutō recently acknowledged the pandemic could impact the Games once again, revealing that he did not "think anyone would be able to say if it is going to be possible to get it under control by next July or not".

Kentaro Iwata, a professor of infectious diseases at Kobe University, said he is "very pessimistic" about the Games taking place next year, while global public health professor Devi Sridhar also said she believed competition could only go ahead on the new dates if a vaccine for the disease was found in time.

Pound, speaking to the Canadian Broadcasting Corporation, suggested 2021 would be the only opportunity for Tokyo to host the Games.

"The Japanese have said we can keep the ball up in the air for a year, but not longer than a year," he said.

"We really have to hope that we get this act together in time for 2021.

"The Japanese Olympic Committee says 'it's important to us and, yes, we think we can do that'.

"Come back and we can emerge from an existential threat to humanity with this huge gathering of the youth of the world."

The IOC and Tokyo 2020 have set-up a joint steering committee to deliver the postponed Games.

Focus will be put on venues and the competition schedule, with Tokyo 2020 set to request that each venue owner follow the same schedule as 2020 on the new dates in 2021.

Securing venues is expected to be one of the major early challenges for organisers, as they begin the unprecedented task of planning for a rescheduled Games.

Costs are already a key issue, with the IOC forced to backtrack yesterday after irritating the Japanese Government and Tokyo 2020 by suggesting Prime Minister Shinzō Abe had agreed to cover additional costs.

The IOC have said the postponement will amount to "several hundred millions of dollars of additional costs" for the organisation.

Tokyo 2020 Coordination Commission chair John Coates said last week that working out the costs was imperative for the IOC, with the organisation vowing to support International Federations (IFs) and National Olympic Committees (NOC).

Coates said the IOC would not allow any IF to collapse due to the financial impact caused by the pandemic and the postponement of Tokyo 2020.

Pound has warned some federations could be forced to change, due to the financial pressures caused by the pandemic.

"I think what we're likely to find, somewhat to our horror, is that many of the international sports federations are so dependent on their share of Olympic revenues that they really can't carry on at the level they're doing now, or would like to do, without making some changes," Pound said.