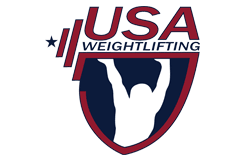 USA Weightlifting have announced a hosting partnership with their bordering neighbours of Canada to bring together the North American Open Series for athletes from both countries as of 2021.

The Canadian Weightlifting Federation (CWFHC) have joined the agreement with the North American Open Series West coming to its nation in September 2021.

Provisionally, the East Series will take place in the United States in March in the same time frame as the National Weightlifting University Championship for American students with both taking place at the Arnold Sports Festival in Columbus in Ohio.

The rest of the US' calendar will see the National Weightlifting Championships for youth, junior, under 25 and senior athletes hosted in June.

After the conclusion of the East and West Series, the North American Open Finals will also be hosted in December.

Phil Andrews, USA Weightlifting chief executive officer believes that the initiative between the two nations will be a real success.

Andrews said, "Firstly, we are excited to be joined by our Canadian friends in the North American Open Series, we feel this will add an additional sense of competition and magnitude to the event for both American and Canadian athletes.

"By moving to a combined format, we put ourselves in a position to acquire more desirable locations and venues while driving down the total cost to compete across the year.

"Finally in thinking about our national events, we look forward to a safe return to weightlifting competition.”

The US is currently the worst affected nation in the world by the COVID-19 pandemic, with over 740,000 confirmed cases in the nation, resulting in the deaths of more than 39,000 people.

It has also halted sporting competition which Andrews stressed makes the calendar subject to change.

CWFHC President Craig Walker said he hopes that the partnership will promote the sport more in Canada.

Walker said, "The CWFHC is delighted to partner with USA Weightlifting in bringing the North American Open Series north of the border.

"Our organisation sees this as a tremendous opportunity to promote weightlifting and share it with a wider audience at a time when sports at all levels are facing unforeseen challenges.

"We believe this collaboration will have far-reaching benefits for our sport and host communities alike, and we look forward to working closely with USA Weightlifting to build on the success of this series.”

The 2021 North American Open Series West is yet to have a confirmed location in Canada, but the Open Finals will take place in the American city of Denver in Colorado.