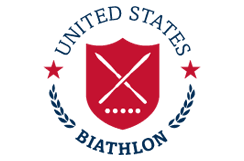 United States Biathlon has named its squad for the upcoming season, with a total of 25 biathletes making the the senior and youth teams.

Eight athletes have made the A team, comprising of four men and four women, with another seven biathletes forming the US B team.

Sean Doherty and Leif Nordgren, who both featured on the men's International Biathlon Union (IBU) World Cup circuit last year, will return to the team after finishing 50th and 55th in the overall standings.

They will be joined by Jake Brown and Paul Schommer in the A team too.

Susan Dunklee was the highest-placed American on the IBU World Cup circuit last season, finishing 39th in the women's overall standings, and will too return to the A team.

Dunklee was the only American to make the podium at the IBU World Championships when she finished second at Antholz-Anterselva in Italy in the 7.5-kilometre sprint.

Dunklee is joined in the 2020-2021 team by fellow IBU World Cup competitor Clare Egan, who finished in 42nd last year.

Joanne Reid, who finished 81st overall in the World Cup, has also been selected as well as Deedra Irwin.

Lowell Bailey, US Biathlon director of high performance, said the team is looking forward to building momentum in the upcoming season.

"The 2020 national team is an exciting mix of veterans and relative newcomers and it will be great to see where another year of training will take the US team on the international stage," Bailey remarked.

Another three athletes - Chloe Levins, Zane Fields and Luke Brown - have made the relay team, while there are five athletes in the B team.

Seven athletes have been named to the junior national team.

TIm Burke, US Biathlon director of athlete development said he was excited after a successful year for the juniors in 2019.

"This group is an excellent mix of athletes, and it will be fun to watch them push and learn from each other in training camps," Burke said.

"I think it's a great sign that we see new athletes stepping up and meeting the challenging criteria to qualify for this elite team."

The criteria for the national junior team requires a top-40 result at either the IBU Junior World Championships or Junior European Championships.

It also can come from top-20 results in the Junior IBU Cup or if any of the juniors qualify for either of the senior versions of the IBU Cup or World Cup.