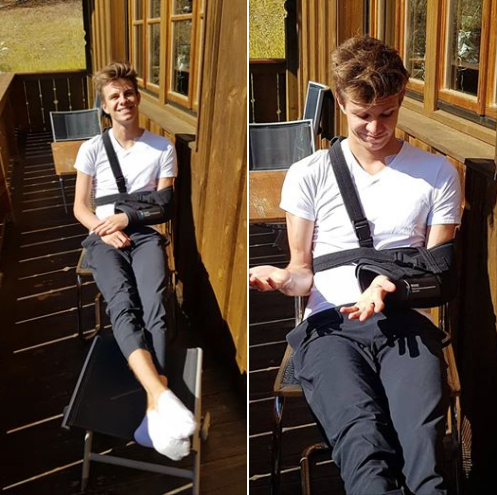 Olympic ski jumping champion Andreas Wellinger of Germany's injury comeback has been delayed after he broke his collarbone while surfing on holiday in Australia.

Wellinger, who became the first German winner of the normal hill event at an Olympic Games for 34 years when he triumphed at Pyeongchang 2018, had been set to return to training this month after a prolonged absence because of an anterior cruciate ligament tear.

The 24-year-old missed the entire 2019-2020 campaign because of the injury, suffered during a training camp in Austria last June.

His latest injury will push back his planned return to the hill, although the coronavirus crisis would almost certainly have delayed his training anyway.

"I've already had surgery down under, and everything went well," Wellinger wrote on Facebook.

"Now the next few weeks will be different for me than I had planned.

"But somehow that's the case for all of us right now."

Wellinger was part of the German team which claimed the team large hill gold medal at the 2014 Winter Olympic Games in Sochi.

Wellinger was a member of the German squad that topped the podium in the mixed normal hill event at the 2017 World Championships in Lahti.