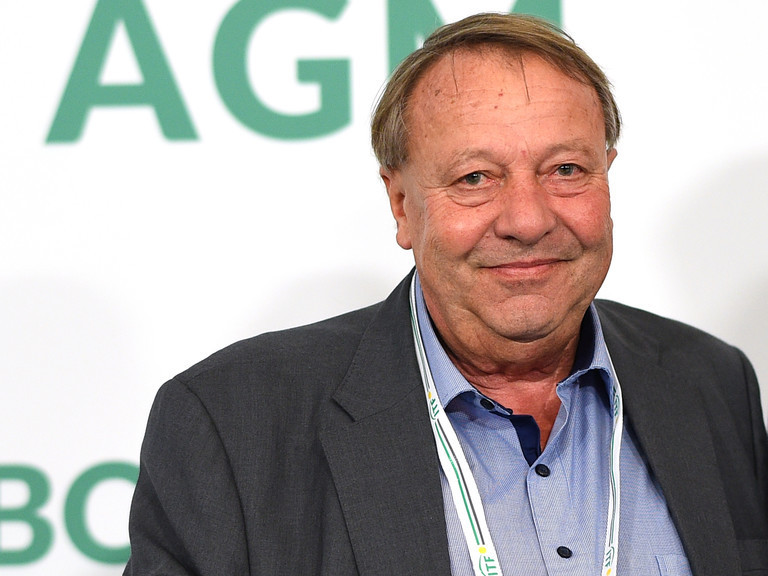 German Tennis Federation vice-president Dirk Hordorff has claimed Wimbledon will be cancelled this week due to the coronavirus pandemic.

Wimbledon is scheduled for June 29 to July 12, with the All England Lawn Tennis Club revealing they would decide the fate of this year's Championships at an emergency Board meeting this week.

They said they would be evaluating all scenarios, including postponement and cancellation, as a result of the coronavirus pandemic, but did formally rule out playing Wimbledon behind closed doors.

Hordorff claimed in an interview with Sky Sports Germany that the decision to cancel had already been made, however.

"Wimbledon has stated that they will have a Board meeting next Wednesday and will make the final decision there," he said.

"I am also involved in the bodies of the Association of Tennis Professionals (ATP) and Women's Tennis Association (WTA).

"The necessary decisions have already been made there and Wimbledon will decide to cancel next Wednesday.

"It is completely unrealistic to imagine that with the travel restrictions that we currently have an international tennis tournament where hundreds of thousands of people from all over the world would travel.

Hordoff also criticised the French Open organisers, who have rescheduled their tournament to take place from September 20 to October 4.

Following the decision, the French Tennis Federation (FFT) came under heavy fire from tennis players, with the competition now set to take place just one week after the current scheduled finish of the US Open, traditionally the year's final Grand Slam.

"The unilateral behaviour of the organisers has been criticised by everyone and I can simply predict that the French Open will not be relocated as it was intended," Hordorff said.

"They will degenerate into a chaos event.

"Even those there have understood that and they are slowly crawling back.

"Solidarity is the order of the day, it is a matter of being together and not going it alone, as the FFT President did."

The coronavirus crisis, which has infected more than 730,000 people and killed just under 35,000, has wreaked havoc on the sporting calendar.

With the Tokyo 2020 Olympic and Paralympics now postponed until 2021, many events are likely to be rescheduled to accommodate the Games.