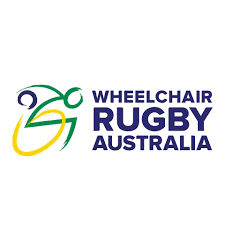 Wheelchair Rugby Australia (WRA) has postponed its National Championship in Gold Coast because of the coronavirus pandemic.

The GIO Wheelchair Rugby National Championship, which had been scheduled to take place at the Gold Coast Sports and Leisure Centre from May 29 to 31, has been postponed following stricter measures from the Queensland Government.

The State Government has implemented restricted entry into Queensland as part of measures designed to combat the spread of COVID-19.

Queensland has reported 493 cases of the virus, with Australia as a whole reporting more than 2,800.

WRA said a revised date for the tournament will be confirmed "in the coming months" and released "once there is certainty around the current state of play for sporting events in Australia".

Tickets purchased for the competition will also be refunded.

"Despite the obvious inconvenience and financial implications this will cause, the health and well-being of the athletes, officials, general public and the wheelchair rugby community as a whole was at the forefront of this decision and simply must come first in such unprecedented circumstances," WRA said in a statement.

The competition was set to feature players who had been due to represent Australia at the Paralympic Games in Tokyo, delayed until 2021 amid growing international concern over the coronavirus pandemic.

Australia will be aiming for a third consecutive Paralympic gold medal in wheelchair rugby at the rearranged event.

According to latest figures, more than 23,000 people have died from the virus, which has infected over 510,000 worldwide.