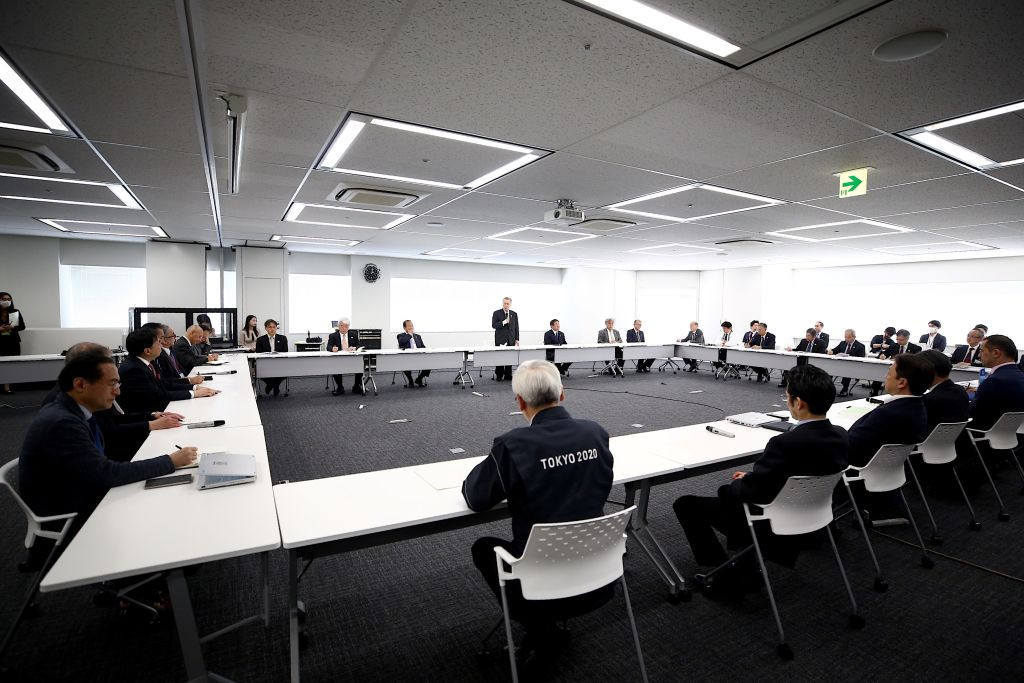 Tokyo 2020 chief executive Toshirō Mutō has warned the cost of rescheduling the Olympic and Paralympic Games will be "massive" as he laid out the "daunting" mission for a new taskforce established to plan the event during its first meeting today.

The group has been set-up to navigate the complicated process of rearranging the Games, postponed because of growing international concern over the coronavirus pandemic.

Finding new dates for the Opening Ceremonies for the Olympics and Paralympics will be the first key task for the panel.

"Without that, there are a lot of things we simply cannot do," Muto said.

International Olympic Committee (IOC) President Thomas Bach yesterday opened the door for the Games to be held in the spring of 2021 after claiming the event was "not restricted to the summer months".

Muto said securing the venues and the Athletes' Village, which Bach could not guarantee would be available for the rescheduled Games, ticketing, security and accommodation were among the main issues for the taskforce.

The former Deputy Governor of the Bank of Japan added there are "thousands of contracts" which will need to be looked at and cited the interests of the IOC, sports federations and broadcasters as other challenges.

"We need to secure the facilities," Muto said.

"Not only the venues but the Athletes' Village, training sites, storages and what not.

"We need to assess whether they will be available when we need them next year.

"There will be additional costs that come with this – and we expect it will probably be massive.

"We are dealing with the postponement of the Games, which has never happened in history.

"The task is daunting."

Tokyo 2020 is the first Olympics in history to be postponed, and Bach admitted there were "thousands" of questions for the taskforce.

Bach also warned those involved in the moving of the Games, which he described as a "huge jigsaw puzzle", would have to make "sacrifices and compromises".

"I read in the paper this morning that President Bach said we are in the midst of an unprecedented challenge and that is exactly what we are up against," Tokyo 2020 President Yoshirō Mori added.

"In short, what we have been working on for seven years came to a screeching halt just as it was about to start – and now we have to build it back again.

"We are going to have to cram into about six months, what we achieved in seven years so it will be difficult."

The IOC is set to hold a conference call with International Federations, who the taskforce will consult with on the various logistical issues stemming from the postponement, later today.

The Games were postponed after the World Health Organization said the coronavirus pandemic was accelerating.

The decision was announced following a conference call on Tuesday (March 24), where Japanese Prime Minister Shinzō Abe and Bach agreed to delay the Games until no later than the summer of 2021.

The event will still be called Tokyo 2020.

According to latest figures, more than 22,000 people worldwide have died from the COVID-19 virus, which has infected over 486,000.