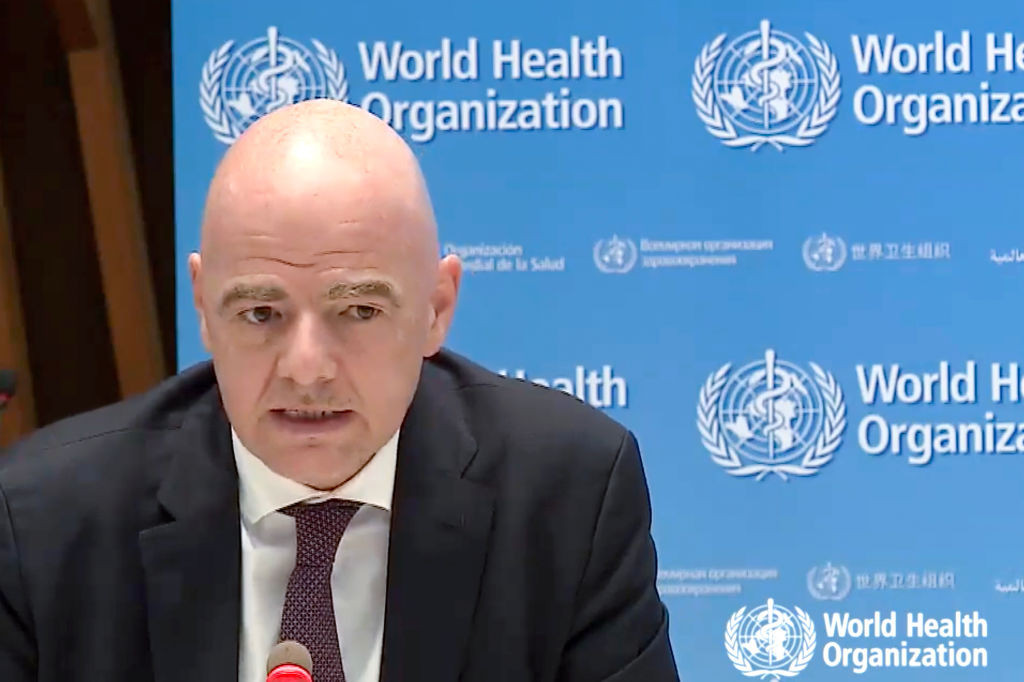 FIFA President Gianni Infantino has suggested considerable changes to the international football calendar may be required in response to the coronavirus pandemic.

In an interview with Italian newspaper Gazzetta dello Sport, Infantino said fewer matches and competitions could be needed to ensure the COVID-19 outbreak does not cause "irreversible" consequences for the sport.

Infantino has been criticised for his favour for expanding tournaments and adding to an already congested calendar with the creation of a revamped Club World Cup, the first edition of which has been postponed because of the virus.

The FIFA President conceded world football may have to "take a step back" in order to address the impact of the coronavirus crisis on the sport.

"There needs to be an evaluation of the global impact," Infantino said.

Different formats with "fewer, but more interesting competitions" is among the suggestions made by Infantino, who turned 50 this week.

"[There would be] fewer but more interesting competitions, maybe fewer teams but for a better balance, fewer but more competitive matches to safeguard players’ health," Infantino said.

"Health comes first, then everything else.

"For the managers, the rest means hoping for the best but also preparing for the worst.

“Without panicking, let’s state it clearly: we will play again when we can do it without putting anyone’s health at risk."

Infantino called for discussions on the international match calendar amid spiralling concerns over the COVID-19 virus, which has so far killed more than 20,000 people and infected over 458,000.

The pandemic has forced a near total shutdown of sport worldwide and numerous major football tournaments have been postponed as a result of the outbreak.

UEFA Euro 2020 and this year's Copa América have been pushed back to 2021, forcing FIFA to reschedule its inaugural 24-team Club World Cup in China.

Qualification for the 2022 FIFA World Cup in Qatar has also been affected as windows for matches have effectively been closed amid attempts to combat the spread of the virus.

FIFA last month established a task force to look at drafting a new match calendar from 2024, and it is feasible the changes may come sooner in response to the current crisis.