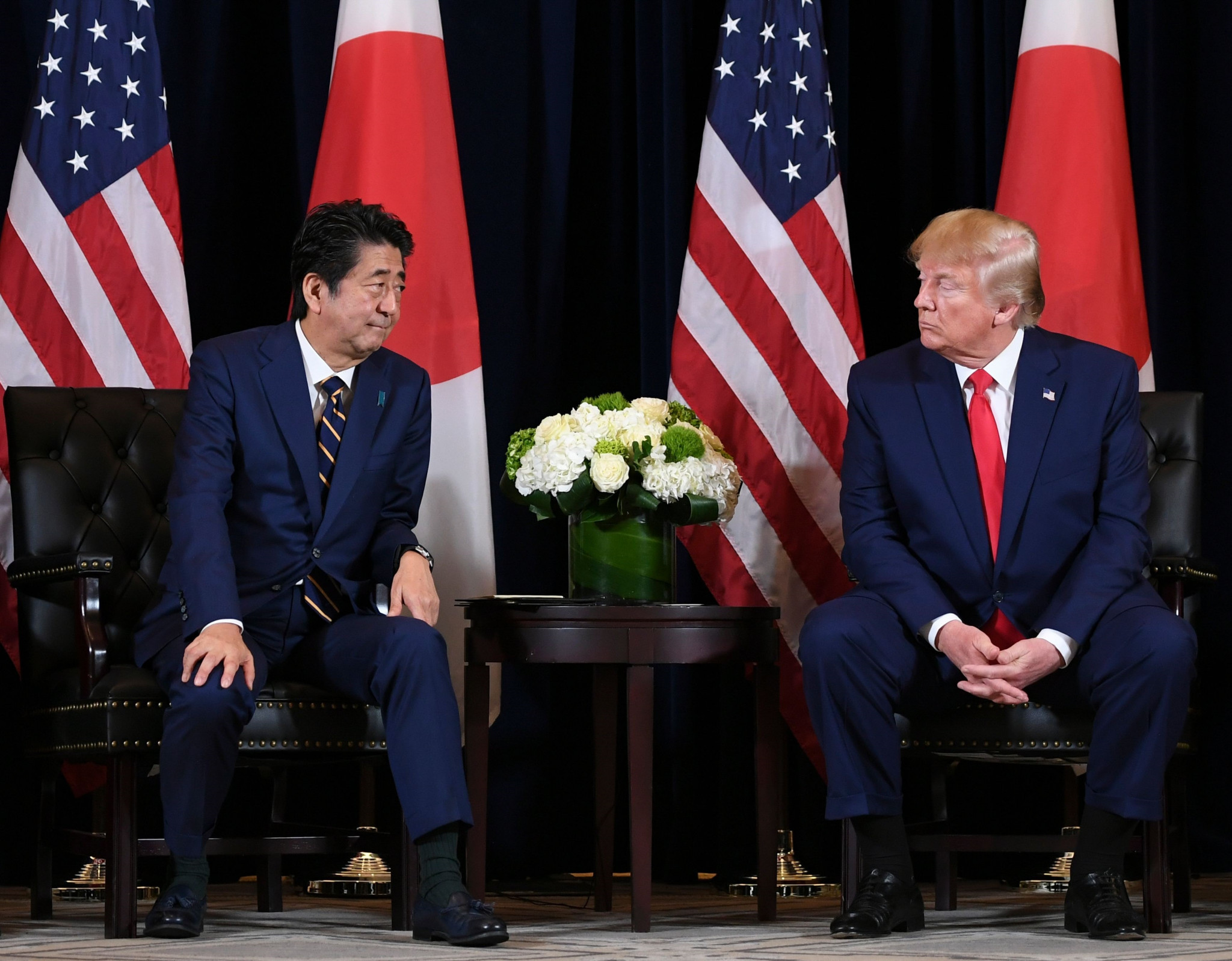 United States President Donald Trump has expressed his support for Japanese Prime Minister Shinzō Abe over the postponement of the Tokyo 2020 Olympic and Paralympic Games.

The Japanese Government said Trump called the decision to delay the Games until no later than the summer of 2021 "wise and great" during his telephone talks with Abe today.

It added that Abe briefed Trump on the schedule change and the two leaders agreed to work closely to realise Tokyo 2020 in a "complete" way as proof that humankind has beaten the coronavirus pandemic.

"President Trump repeatedly said the postponement was a very wise and great decision and he expressed support for the Prime Minister's stance," chief cabinet secretary Yoshihide Suga, a leading spokesperson for the Japanese Government, said at a press conference, as reported by Kyodo News.

According to Suga, Abe and Trump, who earlier this month suggested that Tokyo 2020 may have to be postponed for a year, also agreed to cooperate over their response to the coronavirus pandemic, including the development of drugs to treat COVID-19.

From tomorrow, Japan will ask travellers arriving from the US to self-quarantine for 14 days to contain the spread of coronavirus.

Travellers will be required to isolate themselves in places such as their homes or hotels and avoid using public transportation as part of a measure that will be effective through to the end of April.

In a statement, the IOC said the pair concluded that the Games must be rescheduled to a date beyond 2020 to "safeguard the health of the athletes, everybody involved in the Olympic Games and the international community".

The Olympic Flame will remain in Japan and the name Tokyo 2020 will be used regardless of when the Games will be held.

Yesterday's decision was based on information provided by the World Health Organization, whose director general Tedros Adhanom Ghebreyesus said on Monday (March 23) that the coronavirus pandemic is "accelerating".

There are now more than 400,000 cases recorded worldwide and in nearly every country.