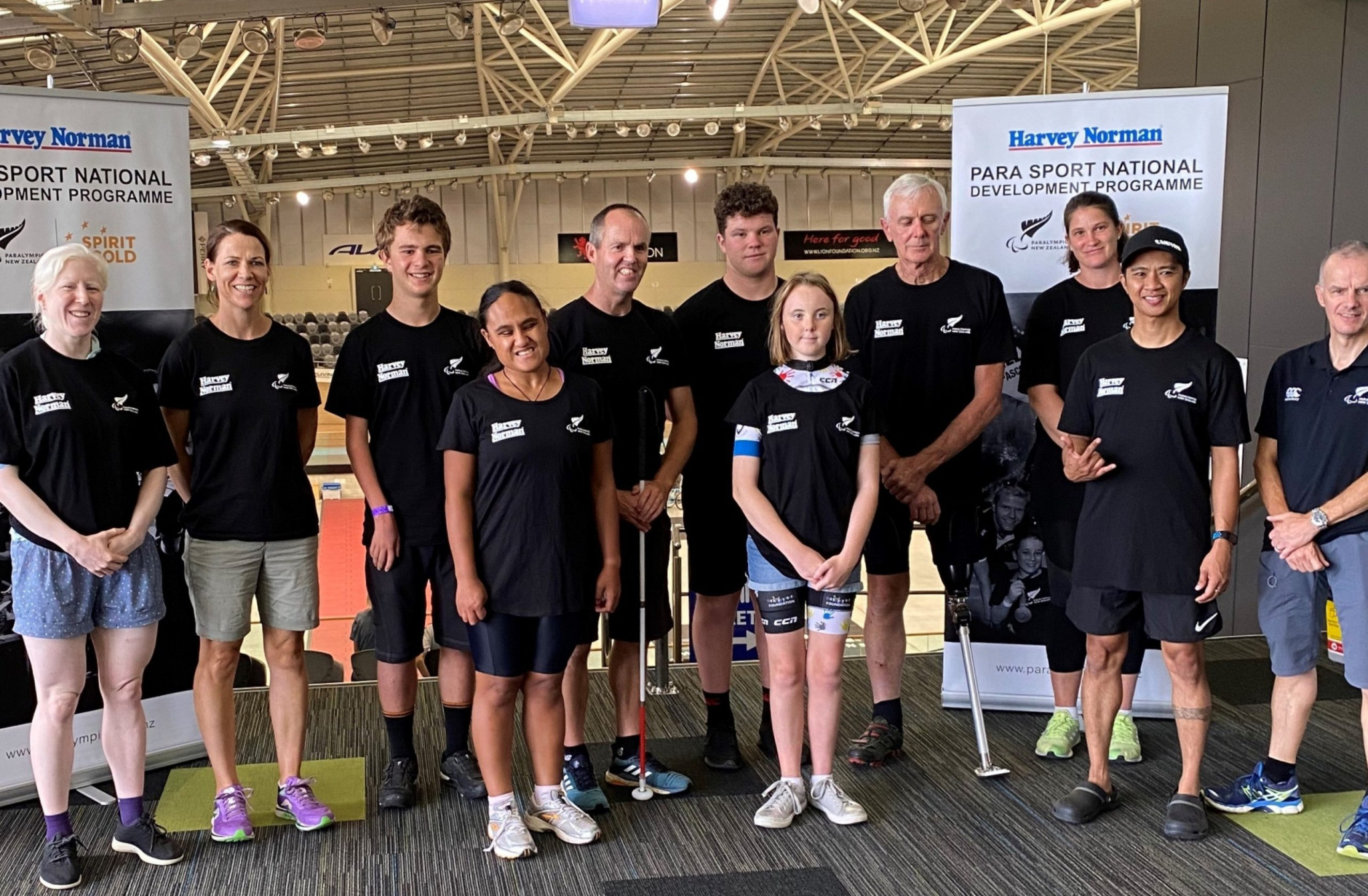 The talent identification camp took place at the Avantidrome in Cambridge as part of the Harvey Norman Para Sport National Development Programme.

As part of the programme, the group took part in entry level road racing on day one which was followed by an extensive cycling education course including a series of training, testing, classification and presentation sessions.

The camp was combined with the Parafed Waikato Activ8 event in Hampton Downs, which gave the group the chance to race at an introductory level.

They were also able to meet experienced Para cyclists including world champion tandem riders Emma Foy and Hannah van Kampen who raced as part of the Hampton Downs event.

Participant Ian Winson, who has a double limb deficiency following an accident which resulted in him having a double leg amputation described the three day camp as a superb experience.

“We, as novice riders, definitely got to see what it is all about and to have it in conjunction with the Parafed Waikato Activ8 Event was even better," Winson said.

"To get to ride with elite Para cyclists in both a time trial and a road race was superb. I look forward to implementing the various points of advice and suggestions into my training.”

The camp included a series of development workshops focused on improving understanding of Paralympics New Zealand, Paralympic pathways and the broader Paralympic movement.

Paralympian Emma Foy and Para cyclists Eltje Malzbender and Anna Taylor shared stories of their sporting journeys, which was among the highlights of the camp for the participants.

A strong mix of cycling disciplines and disabilities were represented at the camp with four C-class riders on bicycles, one H-class rider on a hand-cycle and three visually impaired riders on tandems with volunteer sighted pilots.

"The camp was a great success and hugely enjoyed by everyone involved – there were a lot of new friends and connections made, which is such an important aspect of these camps," said Paralympics New Zealand's athlete development manager Dale MacDonald.

"While it was certainly a physically taxing weekend, with a lot packed into a short space of time, everyone had such a positive attitude and got stuck into all camp activities with gusto –  the future of Para-cycling in New Zealand is looking very bright!”

All the participants will now receive guidance on how to become more involved in cycling in their local area, as well as advice on areas to work on over the next year to aid their progress within the sport.