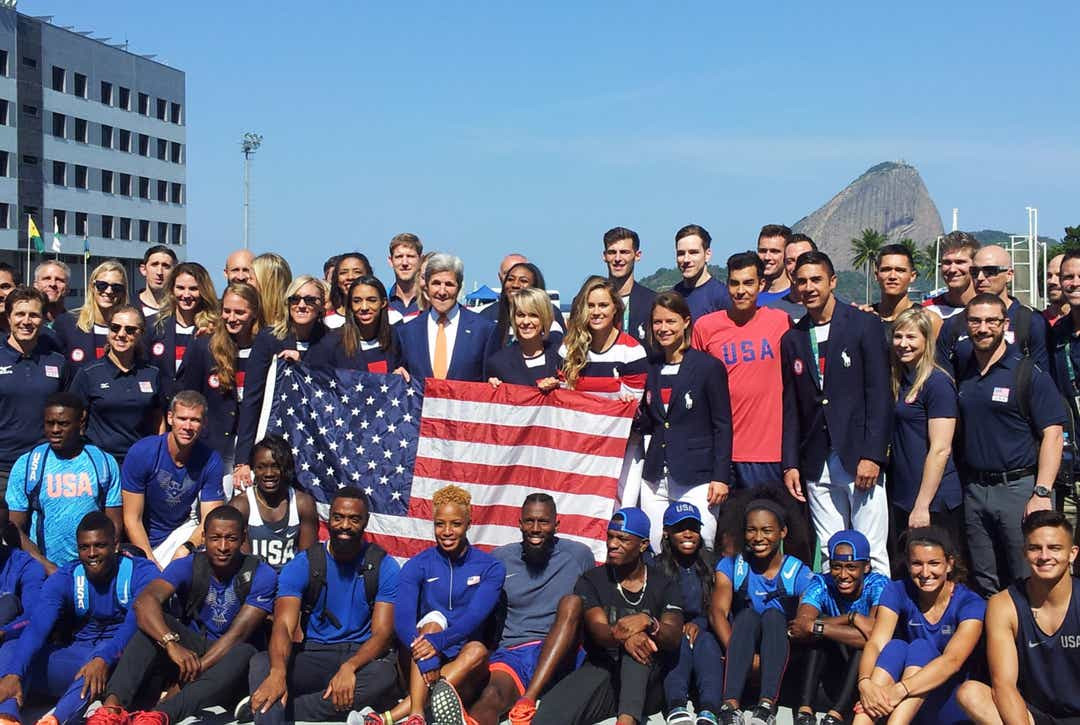 A survey of athletes carried out by the United States Olympic and Paralympic Committee (USOPC) has revealed widespread support for postponing this summer's Olympic Games in Tokyo.

Nearly three-quarters of the 300 athletes who participated in a meeting with the USOPC yesterday said they were behind the idea of a postponement, with 18 per cent saying the International Olympic Committee (IOC) needed to make a decision now.

The athlete meeting took place following calls by both USA Track and Field and USA Swimming to postpone this summer's Olympics because of the ongoing coronavirus pandemic.

At the end of the meeting, all athletes and members of the Athletes Advisory Council were asked whether they supported the postponement of the 2020 Olympics and Paralympics, whether they supported both Games going ahead as scheduled and what timeframe they were comfortable with the IOC making a decision on the Games.

Seventy per cent said they supported a postponement, with an additional 23 per cent saying it would depend on the consequences.

Meanwhile, forty-one per cent of athletes said they did not support the Games going ahead as scheduled this summer, with another 34 per cent saying it was complicated and they needed more information.

As for the question on when a decision should be made on the future of the Olympics, 34 per cent replied as soon as the IOC has enough information while 18 per cent said they wanted a decision immediately.

Another 23 per cent said no later than April 15.

Our response to USA Swimming's call to postpone the Olympic and Paralympic Games Tokyo 2020: https://t.co/zcbdMZKyJL

Meanwhile, the German Olympic Sports Federation (DOSB) recently held a video chat with 200 of the country's athletes where they caught up with their thoughts regarding Tokyo 2020.

The Federation said its initial thoughts following the video chat were that Team Germany athletes, like many others around the world, were struggling to train and prepare adequately, and were also unclear as to qualification requirements following the postponing and cancellation of numerous events.

A survey of athletes will be conducted by the Federation in the coming days for the first time in its history.

DOSB President Alfons Hormann said once the survey had been completed they would "present a clear and holistic balanced position of the DOSB and represent it to the IOC."

The German Olympic Sports Federation's plans come as German fencer Max Hartung indicated that despite already qualifying for Tokyo 2020, he would be unwilling to take part in the Games on the scheduled dates.

"I will not be taking part on the scheduled dates for the Olympic Games of Tokyo 2020," Hartung was reported as saying in a German TV interview by Deutschlandfunk Sport.