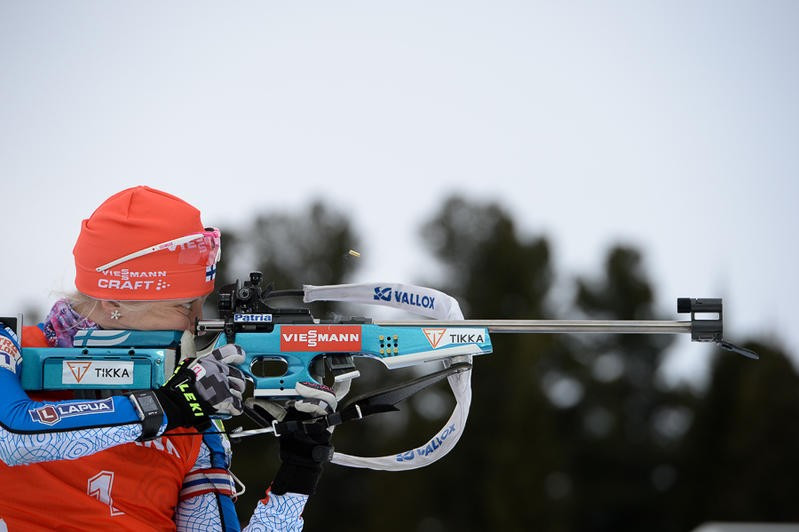 At 37 years old, the Finn, who became a world champion in 2011 in the 10-kilometre pursuit, retires with six world medals as well as three IBU World Cups, with her last one coming in the 2017-2018 season.

She also made the overall podium a further two times, with a record of five in the last decade.

Mäkäräinen made the announcement on Instagram, with the final World Cup event at the Biathlon Stadion in Kontiolahti in her home nation being a special one.

She said: "I did my first biathlon training in this stadium in 2003 and now today my international biathlon career will suddenly end here.

"Not the way I wanted or planned, without any spectators, but we couldn't choose this."

The final World Cup event was contested behind closed doors due to safety measures put in place by the Finnish government amid the COVID-19 pandemic.

She added: "I'm all fine with this decision even though it's emotional and this season has been difficult, but it's not taking away all the good things that I've had with biathlon in the past.

"Today I'll enjoy my last World Cup race with a full heart with all my wonderful colleagues.

"When the world is back to normal, I wish I have a chance to meet my fans somehow once again."

Mäkäräinen, who was known as "Queen Kaisa" on the biathlon circuit, had been rumoured to be ending her career for a few years, before finally retiring now.

In her final race, she finished fourth, finishing 11th overall in the World Cup standings, and embraced team-mate Mari Eder when the race was over.