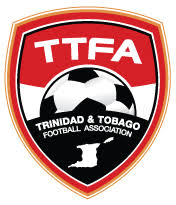 FIFA have decided to appoint a normalisation committee for the Trinidad and Tobago Football Association (TTFA) with the organisation said to be facing a “very real risk of insolvency”.

The visit, with an independent auditor, was aimed at determining the financial situation surrounding the organisation.

“The mission found that extremely low overall financial management methods, combined with a massive debt, have resulted in the TTFA facing a very real risk of insolvency and illiquidity,” a FIFA statement read.

“Such a situation is putting at risk the organisation and development of football in the country and corrective measures need to be applied urgently.

William Wallace assumed leadership of the TTFA in November, with the official unseating incumbent David John-Williams in elections.

The new leadership are now set to be replaced by a normalisation committee with FIFA having opted to intervene.

The committee will be responsible for running the TTFA's daily affairs, as well as establishing a debt repayment plan.

They are also set to review and amend the TTFA Statutes and ensure their compliance with the FIFA Statutes and requirements, before duly submitting them for approval to the TTFA Congress.

Elections for a new TTFA Executive Committee will also be arranged, with the elected officials having a four-year mandate.

The committee, however, look set to oversee matters at the organisation for the foreseeable future with FIFA saying “its functions will expire as soon as it has fulfilled all of its assigned tasks, but no later than 24 months after its members have been officially appointed.”

FIFA say the normalisation committee will be composed of an adequate number of members to be identified by the FIFA administration, in consultation with CONCACAF.

All members of the normalisation committee will be subject to an eligibility check.

These members will also serve as an electoral committee, and none of its members will be eligible for any of the open positions in the TTFA elections.