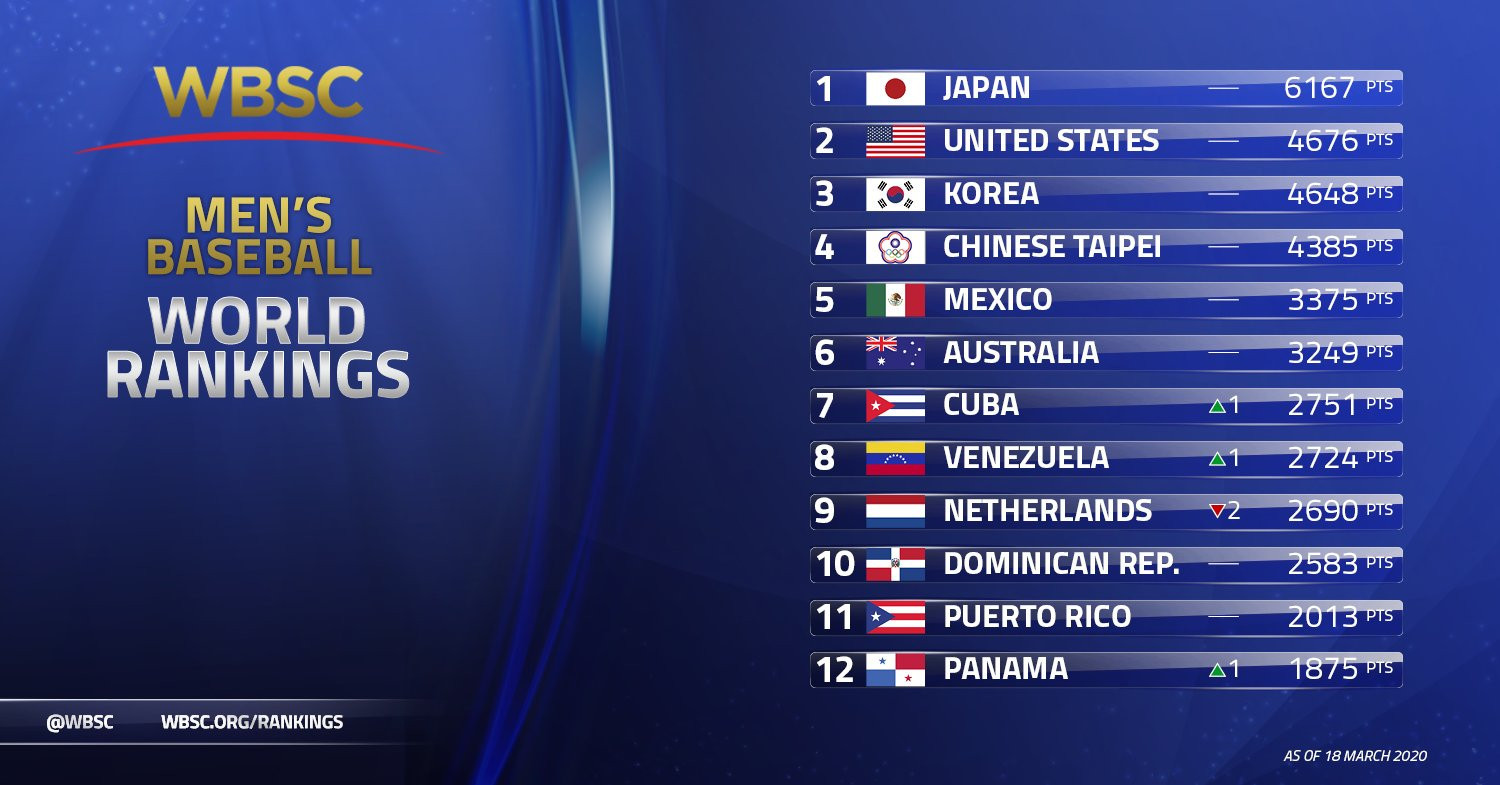 A record number of nations are represented on the latest World Baseball Softball Confederation (WBSC) Men's Baseball World Rankings - a historic high of 86.

With 85 being the past record set in January, the Northern Mariana Islands made it 86, leapfrogging the Bahamas, Haiti and Iraq who all sit joint-bottom of the world rankings.

In January, 10 new countries and territories made it on to the rankings with seven from Africa, two from Oceania and one from Asia joining the fold.

Of the new nations that joined in 2020, Uganda sit highest in 51st place with Guam being the highest climbers moving up 16 places to 36th place.

Japan maintain their reign at the top of the men's rankings with the United States holding a small lead over South Korea in second.

Further down the top 10, Cuba and Venezuela move up one place to seventh and eighth respectively with The Netherlands dropping two spots.