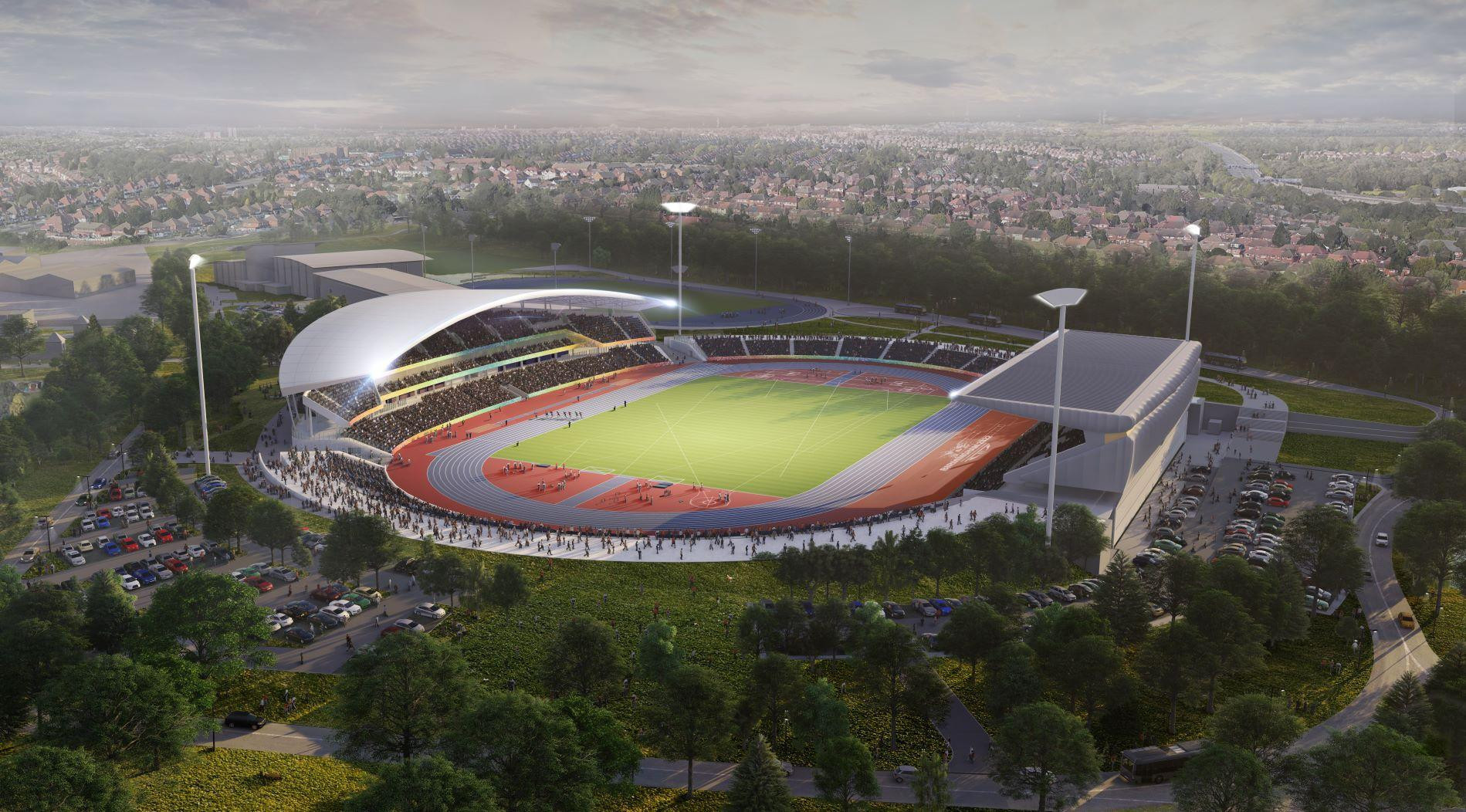 British building and civil engineering firm McLaughlin and Harvey have been given the contract to redevelop Alexander Stadium for the Birmingham 2022 Commonwealth Games.

McLaughlin and Harvey have completed a number of projects for major events in the past, including the temporary venue for the London 2012 Olympic basketball, handball, wheelchair rugby and wheelchair basketball tournaments.

The Alexander Stadium's permanent capacity is set to be increased from 12,700 to 18,000, with the ability to temporarily increase this up to a maximum of 40,000 for major events.

"We are delighted to be entrusted to deliver this significant world-class sporting facility for Birmingham City Council," said McLaughlin and Harvey managing director Paul Griffen.

"The redeveloped Alexander Stadium will showcase Birmingham on an international stage, providing exceptional facilities for its users, whilst supporting a legacy and next generation of athletes and students who will call Alexander Stadium their home.

"This project will enable us to make a difference to the community through social value and our recent experience in major sports projects will ensure we provide Birmingham with a spectacular facility to be proud of."

McLaughlin and Harvey were awarded the contract by Birmingham City Council.

The Alexander Stadium project, a scheme worth £72million ($85million/€78million) overall, received unanimous support from the Council's Planning Committee in January.

The revamped stadium is set to host a range of tenants including the Birchfield Harriers Athletics Club and Birmingham City University.

It will also be the centre point of the regeneration of Perry Barr, with wider plans for the area including new housing, improved transport and related upgrades to infrastructure and public space.

"The regeneration of Perry Barr is one of the key priorities for the council, so the finalisation of a contract to rebuild the Alexander Stadium marks the passing of yet another significant milestone as we translate our plans into reality for the people of Birmingham," said Birmingham City Council leader Ian Ward.

"We have secured an experienced contractor with a strong track record of delivery on schemes like this and look forward to the progress they make in the weeks and months ahead.

"Just as important as this are the social value and environmental commitments we have secured from McLaughlin and Harvey, which will ensure this scheme is delivered in a sustainable way that not only provides a fantastic new facility for the city, but meaningful employment and training opportunities too."