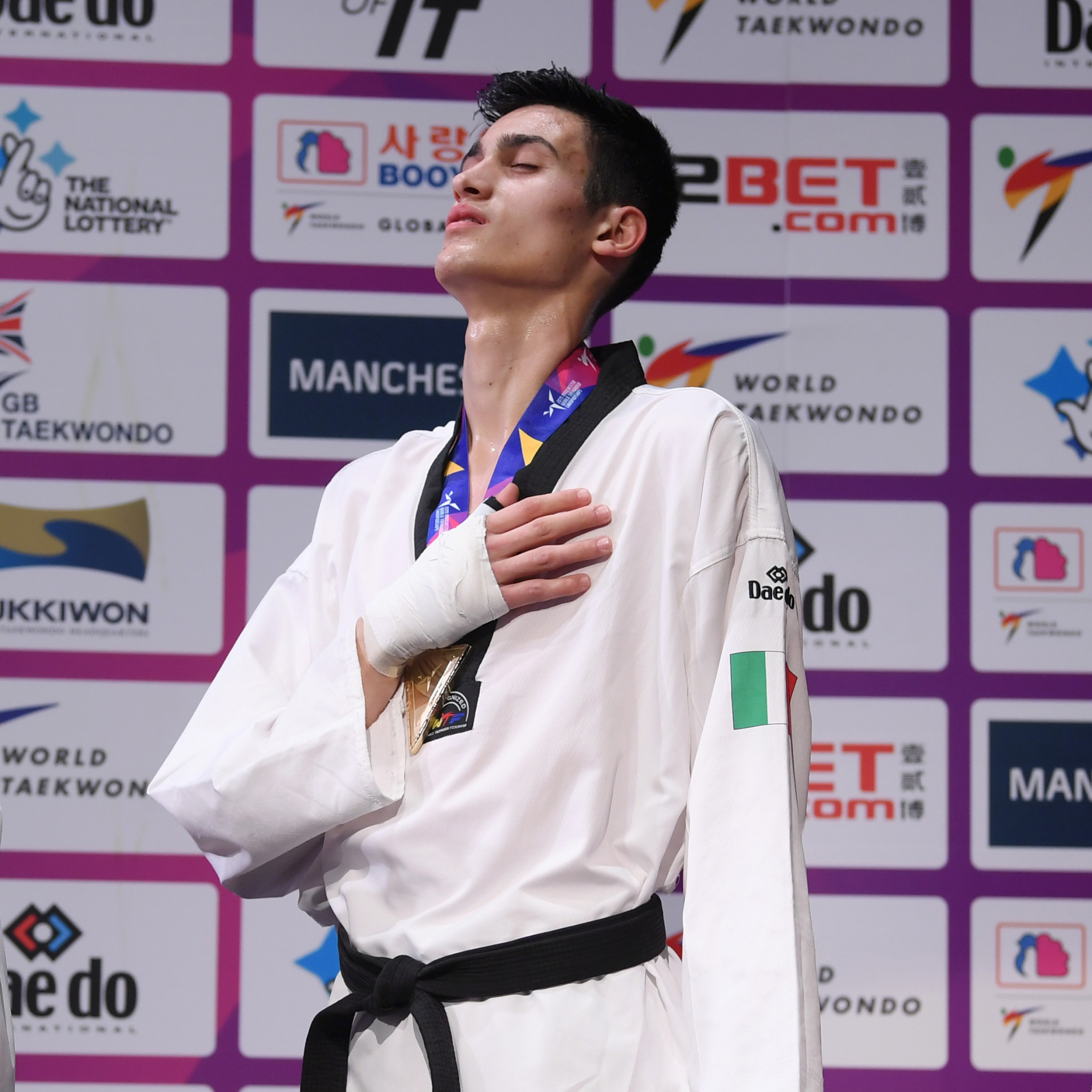 At the age of 19, Simone Alessio is already a history-maker having earned Italy's first gold medal at the World Taekwondo Championships. He is seeking to add further distinction at this year's Tokyo 2020 Olympics.

Alessio's surprise landmark achievement took place in Manchester on May 18 in 2019 as he took on Jordan's Rio 2016 champion Ahmad Abughaush in the men's under-74 kilograms lightweight final.

While the Italian towered over his opponent at 6ft 4in, the Jordanian brought to bear a wealth of experience, having earned the honour of being his country's first Olympic champion.

But the young Italian, who had only turned 19 the previous month, found the way to earn an 18-11 victory.

It was the second major gold for his collection following his win in the under-73kg class at the 2017 European Junior Championships in Larnaca.

"I am so happy and proud of my achievements," he told World Taekwondo. "This has been my dream since I was a child, so it was really great to arrive in the best condition I have ever been in and win gold.

"I had to train really hard for this competition because I knew Abughaush was going to be very strong. When I won, I couldn't believe it, and I think this is only the start."

Alessio accepts that his height can offer some advantages, but points out that it can also work the other way at times.

"I guess I have a small advantage because of my height, but if my opponent is quick and smart, I find this difficult. It is not always easy," he says. "But my favourite action is kicking, which I am good at because of my long legs!"

This was evident in the Manchester final, where Alessio scored well with his kicks to Abughaush's head, but was vulnerable to swift body punches from his opponent.

In the wake of his gold medal performance, Alessio said: "Tokyo 2020 is a dream, but I am not looking that far ahead.

"I am living in the present and just trying to be the best I can be."

For the following World Taekwondo Grand Prix Series, Alessio moved up to the under-80kg welterweight class and the rest of 2019 became something of a learning curve as he competed at events in Rome, Chiba and Sofia without getting onto the podium – although he was only one round away in Japan.

But Alessio's season finished on a high note in November as he took bronze at the G4 Extra European Championships on his home ground of Bari, having suffered a narrow 15-13 defeat in his semi-final against Russia's eventual champion, Anton Kotkov.

"Tokyo 2020 is my objective of course," he said. "But I want to continue working hard and step by step I will manage to make the best results in all my future competitions."