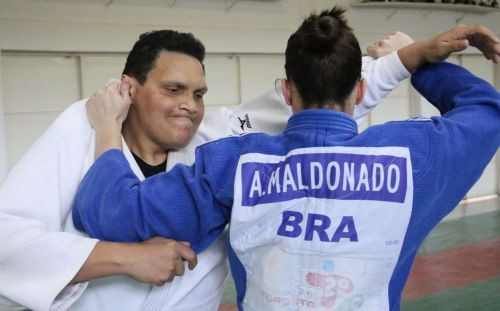 Edinanci Silva has joined the Brazilian blind judo team as a coach as they prepare for the Tokyo 2020 Paralympic Games.

The Olympian has won two bronze medals at the able-bodied Judo World Championships – at under-72 kilograms in 1997 and at under-78kg in 2003.

Silva is also a two-time champion from the Pan American Games for Brazil and is excited about the new challenge.

"It's been great, because I love to train and, without the responsibility of the old competition routine, it is a lot more enjoyable for me," Silva said.

"I end up getting lighter in spirit also, to pass positive energy to them.

Alana Maldonado, the women's under-70 kilograms world champion, is among those who have praised the contribution of Silva so far.