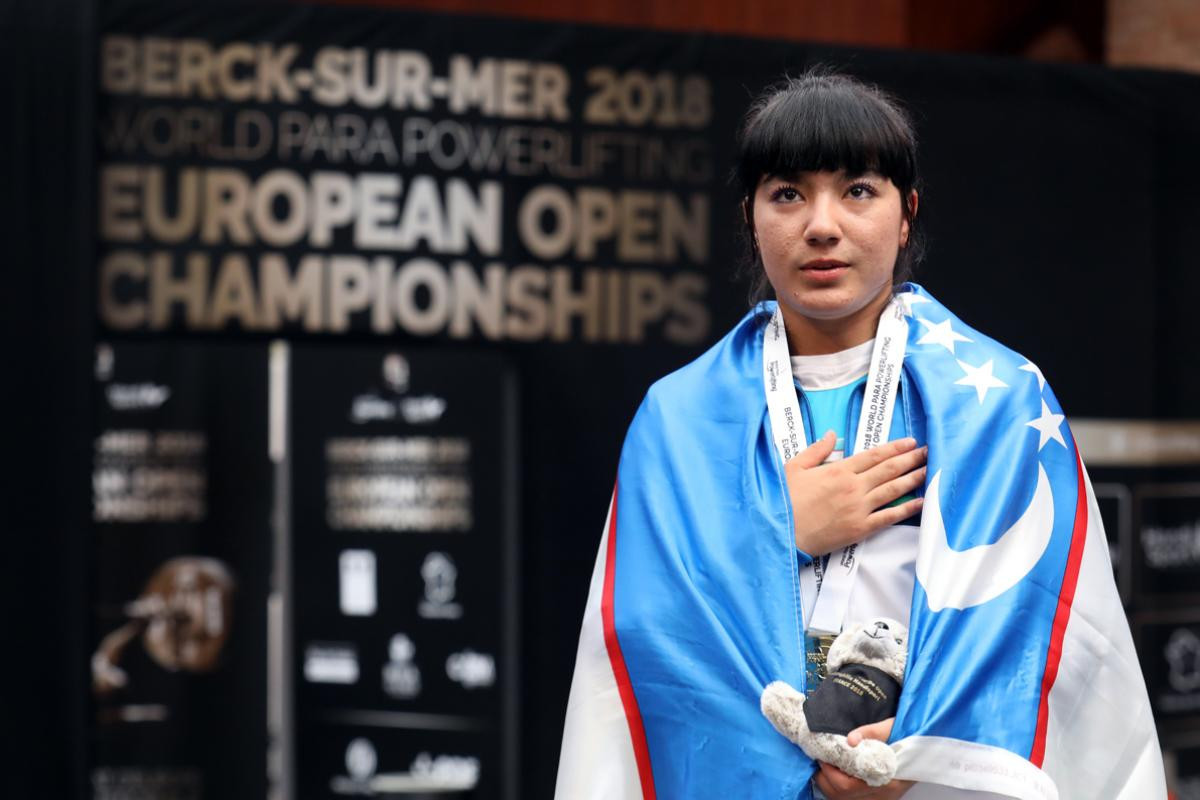 The International Paralympic Committee (IPC) said it was "very alarmed" about doping in Uzbekistan after four athletes from the country were hit with bans.

Three powerlifters and one long jumper have been given four-year suspensions after separate drugs violations which occurred during the same six-month period.

Islomova, who competed in the women's under-79 kilograms class, failed for banned steroid methasterone while under-45kg lifter Mamadalieva failed for testosterone.

Both athletes have been banned from August 31, 2018 to August 30, 2022 with medals, points, records and prizes all forfeited.

Mamadalieva has lost the junior gold medal she won in Berck-Sur-Mer.

The third powerlifter, Muslima Nuriddinova, tested positive for the steroid methylstenbolone after competing at the 2018 World Para Powerlifting Asia-Oceania Open Championships in Kitakyushu in Japan.

Her ban will run from November 30, 2018 to November 29, 2022 and she has lost her junior gold medal and junior Asian record from the event.

Track and field athlete Kamolakhon Abdullaeva failed for methasterone after competing in the T45/46/47 long jump at the 2018 Asian Para Games in Indonesian capital Jakarta, where she won gold.

"We are very alarmed and greatly concerned with the number of cases in Uzbekistan," said James Sclater, the IPC's anti-doping director.

"The IPC immediately took action with an enhanced testing programme when it became apparent that four athletes – one of whom was a minor at a time of the violation – tested positive for anabolic androgenic steroids within a six-month period.

"An investigation into the doping practices will continue and further action may be taken to ensure that athletes compete on a level playing field."