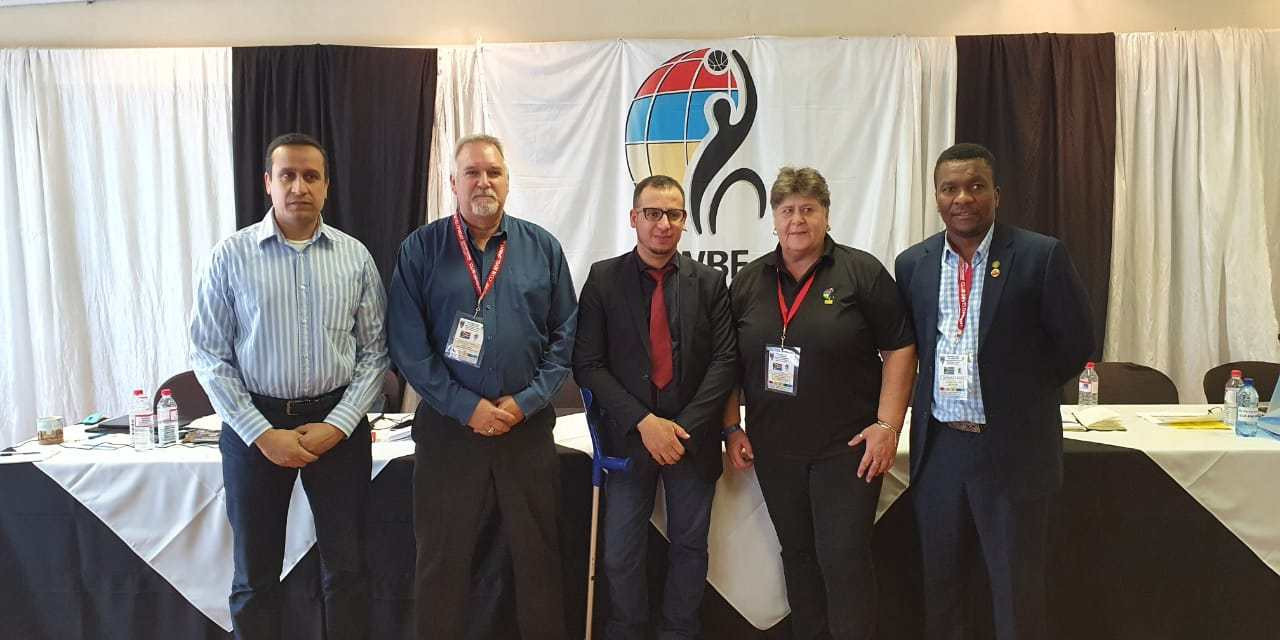 Charles Saunders has been elected as the new President of International Wheelchair Basketball Federation (IWBF) Africa.

The South African was voted in to replace Morocco's Hamid El Aouni at the organisation's Zone Congress in Johannesburg.

Saunders was previously technical officer and has made the step up to the top role.

He is also the chief executive of Wheelchair Basketball South Africa.

Three new vice presidents were also appointed as a fresh-look Executive Board was formed.

Algeria's Cherih Hamza will represent North Africa, Kenya's Alfred Simiyu will serve for Central Africa and the south of the continent will be looked after by South African Sibogile Fondinii.

Other changes include South Africa's Andrew Schoeman being appointed as the zone's secretary general, replacing his compatriot Shawn Moorgas who has stepped down after a decade.

"It is an absolute honour to have the confidence of the zone to take Africa forward over the next four years," said Saunders.

"There is much work to be done especially in development of administrators, technical officials and coaches.

"It is the mandate of my Executive that we be held accountable in identifying and rectifying the failings of the past and drive the campaign in registering new and updated membership.

"Furthermore, we prioritised the restructuring of the zone into more manageable regions and this will assist with establishing better competition protocols, as well as enabling youth and women development.

"The macro management of Working Commissions in each of the five African regions will now spread the administration burden and ensure uniformity in implementation.

"We are fully aware of the grave challenges that are placed before us and will systematically grow the zone in line with our four-year project plan.

"In the iconic words of Nelson Mandela, 'sport has the power to change the world'.

The IWBF is currently enduring a period of turmoil with wheelchair basketball's place at the Tokyo 2020 Paralympics at risk.

The International Paralympic Committee warned in January that the sport will be removed from the programme unless the governing body implements an approved action plan to improve athlete classification by May 29.

Wheelchair basketball was also dropped from the Paris 2024 programme "with immediate effect", but will be reinstated if the IWBF becomes fully compliant with the IPC Athlete Classification Code by an August 2021 deadline.

A "productive" meeting was held between both parties in Brazil this month.

"It was of real value to be able to attend the IWBF Africa Zone workshop and Zone Congress," said IWBF secretary general Norbert Cucera.

"Africa is a key area where we are looking to develop wheelchair basketball, so to be able to meet and discuss the needs of our members in the zone is beneficial.

"On behalf of IWBF, I would like to congratulate and wish the new Executive Committee all the best with their endeavours over the next four years and I look forward to working with them.

"I also extend our thanks to the departing President, Hamid El Aouni, and zone secretary general, Shawn Moorgas, who have dedicated an enormous amount of time and energy despite challenging landscapes to ensure the sport continued to function at an international level."