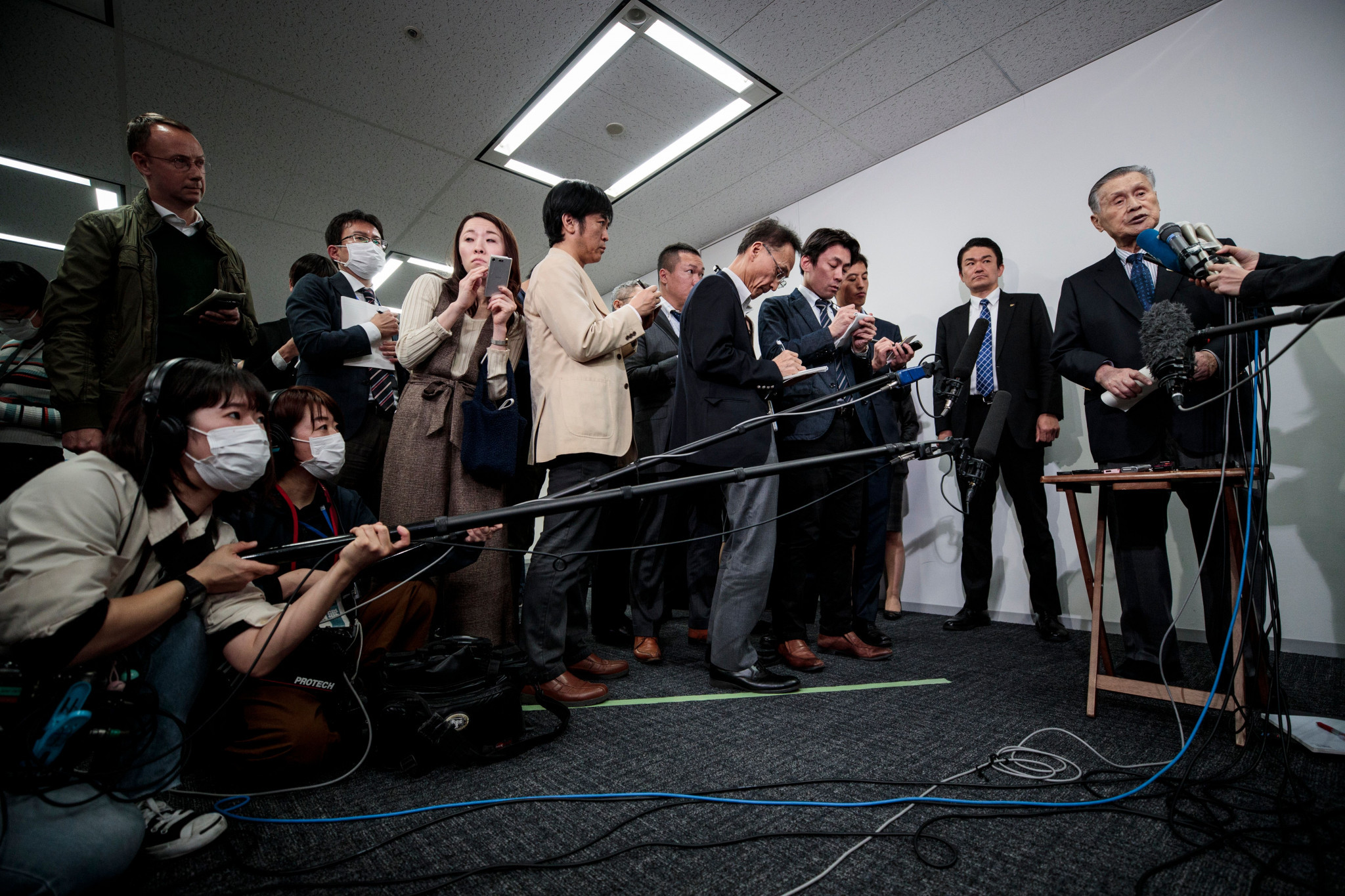 Tokyo 2020 President Yoshiro Mori has repeated the Organising Committee’s stance that the Olympics will take place as planned, after receiving an apology from an Executive Board member who claimed the Games should be delayed by one or two years.

Concerns over the coronavirus have prompted speculation over whether Tokyo 2020 will take place as planned.

Tokyo 2020 Executive Board member Haruyuki Takahashi told the Wall Street Journal he did not expect the Games to be cancelled over the coronavirus crisis, but suggested a potential delay of one or two years if they were unable to take place as planned.

"I don't think the Games could be cancelled," Takahashi said.

"It would be a delay.

"The International Olympic Committee would be in trouble if there's a cancellation."

Tokyo 2020 quickly dismissed Takahashi’s comments, with Mori telling reporters he had received an apology from the official, who is not involved in the daily preparations for the Games.

"It is our basic stance that we press ahead with preparation for a safe and secure Olympics," Mori said, according to Reuters.

"Therefore, we are not at all thinking about changing courses or plans."

Tokyo 2020 added that Takahashi had “inadvertently given his personal opinion in response to a hypothetical question.”

Both the International Olympic Committee (IOC) and Tokyo 2020 have insisted the Games will take place as planned.

Bach claimed that postponing or cancelling Tokyo 2020 was not mentioned during the IOC Executive Board meeting in Lausanne last week.

It is the second time a Japanese official has speculated on the prospect of a postponement, only to later issue an apology for their comments.

Japan's Olympics Minister Seiko Hashimoto said last week that the Host City Contract "calls for the Games to be held within 2020".

She later backtracked on the comments saying it would be “inconceivable to cancel or postpone” the Games.

Any decision would rest with the IOC.

The IOC can also cancel the Games “in the event of war, civil disorder or boycott, or if the organisation believes that the safety of participants would be threatened ‘for any reason whatsoever’”.

Olympic qualifiers are considered to be the most pressing concern to date, with events in sports including 3x3 basketball, baseball, wrestling, football and skateboarding having to either be postponed or cancelled because of the virus.

Organisers have pledged to ensure a “fair” qualification process.

Quota places could be increased for sports worst affected by the coronavirus, with the potential awarding spots at the Games to athletes who would "most likely" have booked a Tokyo 2020 berth if they could have taken part at a qualification event.