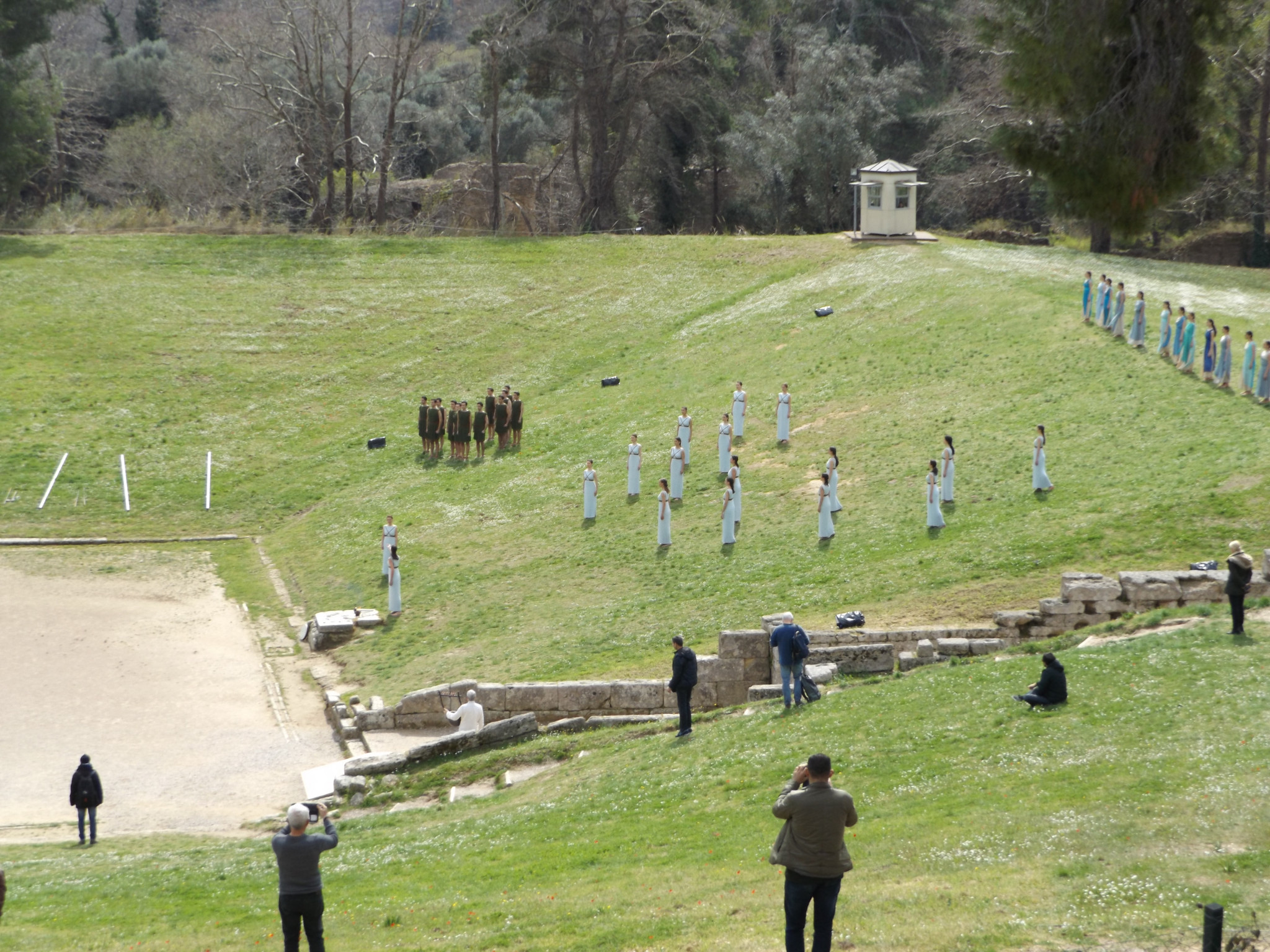 No schoolchildren will take part in the flame-lighting Ceremony in Olympia on Thursday (March 12) or in the formal handover to Tokyo 2020 scheduled for March 19, it has been confirmed.

Organisers staged a penultimate rehearsal at the site of the Olympic Games of antiquity but the Ceremony has been stripped down to the bare minimum.

Tuesday’s rehearsal featured the lighting of the flame by high priestess Xanthi Georgiou and the procession and dance performance by the company of priestesses and heralds in the main stadium.

There was also a mimed rehearsal of the presentation of the flame to the first Torchbearer Anna Korakaki.

The flame lit will be retained in a safety lamp in case it proves impossible for a lighting by the rays of the sun in Thursday’s Ceremony.

The decision to shorten the Ceremony meant disappointment for Giannis Panagiotopoulos who was to have taken the role of the ‘Amphithalis Pais’ .

This is the small boy who cuts an olive branch during the Ceremony. In ancient times, the presence of a young boy at a marriage was said to be a positive symbol of fertility.

Dmitra Karanisiou and Tzortzia Spanoudaki were cast as the maidens who accompany the priestesses and were due to release the dove of peace at the conclusion of the Ceremony. They too will miss out as this duty will be performed by a priestess.

The Hellenic Olympic Committee have produced a magnificent programme for the event that seems certain to become a sought after item amongst Olympic collectors.

Only 1000 numbered copies have been printed but one page is already a sad chronicle of cancelled cultural events.

The children of Olympia would normally have provided one of the favourite images by forming the Olympic rings at the start of the Ceremony.

Other youngsters from the Lavreotaki Community Choir were scheduled to sing Olympic, Japanese and Greek anthems as the three flags were raised.

A group of 18 high school students from Inazawa, a Japanese town twinned with Olympia, were scheduled to carry the flame.

A further group of 140 who were to have performed in the handover Ceremony have also stayed at home.

Two students from the Young Champion Ambassador programme in Colorado Springs, another city twinned with Olympia have already arrived and are expected to carry the flame in the early stages.

As it stands, the Relay is to visit Tegea where a plaque commemorates the genesis of the Torch Relay idea in the early thirties.

The Relay is also scheduled for Thermopylae, a place where a legendary battle in 480BC has entered folklore as a heroic episode in Greek history. The parallels need no elaboration.

The Hellenic Olympic Committee have emphasised that all arrangements in the next week are still subject to change.