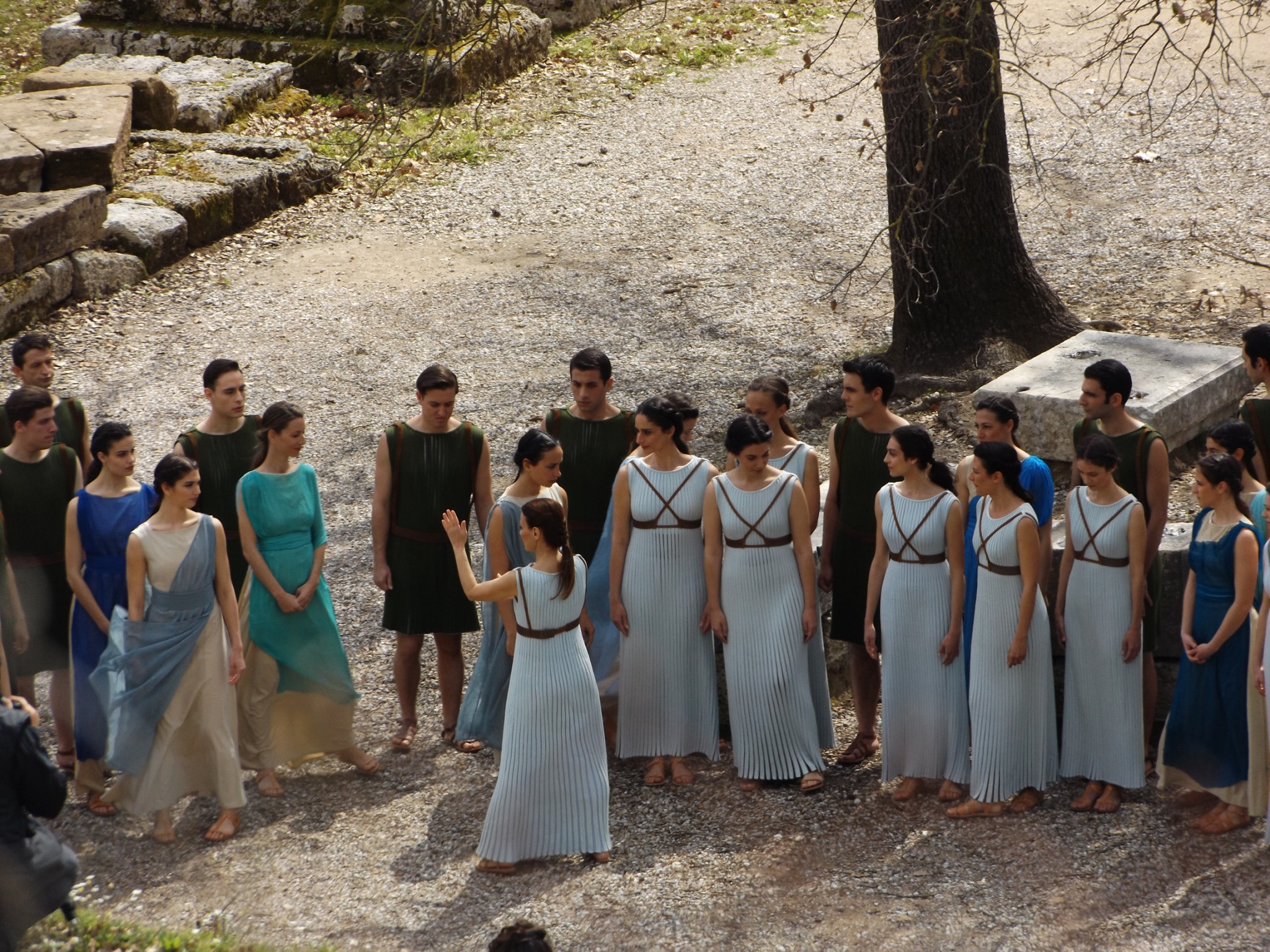 A flame has been lit successfully in the penultimate rehearsal of the Tokyo 2020 flame lighting Ceremony here in Olympia.

This will be kept in reserve just in case it does not prove possible to light the flame in the actual Ceremony on Thursday (March 12). The local forecast for the next few days is promising.

A company of 50 performers took part in today’s practice. Rio 2016 pistol shooting gold medallist Anna Korakaki was present to rehearse her role in the Ceremony as the first Torch bearer, although she did not wear the official white and red costume and mimed the movements with high priestess Xanthi Georgiou.

Although the ancient precinct was closed to the public as part of the ongoing measures to prevent the spread of coronavirus, a small group of onlookers watched some of the proceedings from the roadside.

Georgiou’s voice was clearly audible from this distance as she intoned the classic prayer to Apollo which begins the lighting ritual in the ruins of the Temple of Hera.

The rehearsal included the kindling of the flame, a procession by the priestesses to the ancient stadium and the presentation of dances on the hillside before the flame is presented to the first runner.

The dancing was accompanied by stage directions from choreographer Artemis Ignatiou.

The Presidential Guard have also been taking part in their own rehearsals.

A colour guard will be responsible for raising the Olympic, Japanese and Greek flags, though on this occasion they wore their day fatigues rather than the ceremonial dress which includes the Fustanella, a traditional Greek pleated skirt.

Local schoolchildren from the Olympia area usually form the Olympic rings in a memorable set piece to start the proceedings but they will not take part this year, nor will the anthems be performed by the Children’s and Youth Choir of Lavreotiki Municipality.

The traditional release of the dove as the first runner departs will now be made by one of the priestesses instead of a child.

It has also been confirmed that 18 high school students from the city of Inazawa who were due to take part in the relay will also remain in Japan.

Arrangements for a cultural performance by Japanese and Greek youth groups at the formal handover on March 19 have also been shelved.