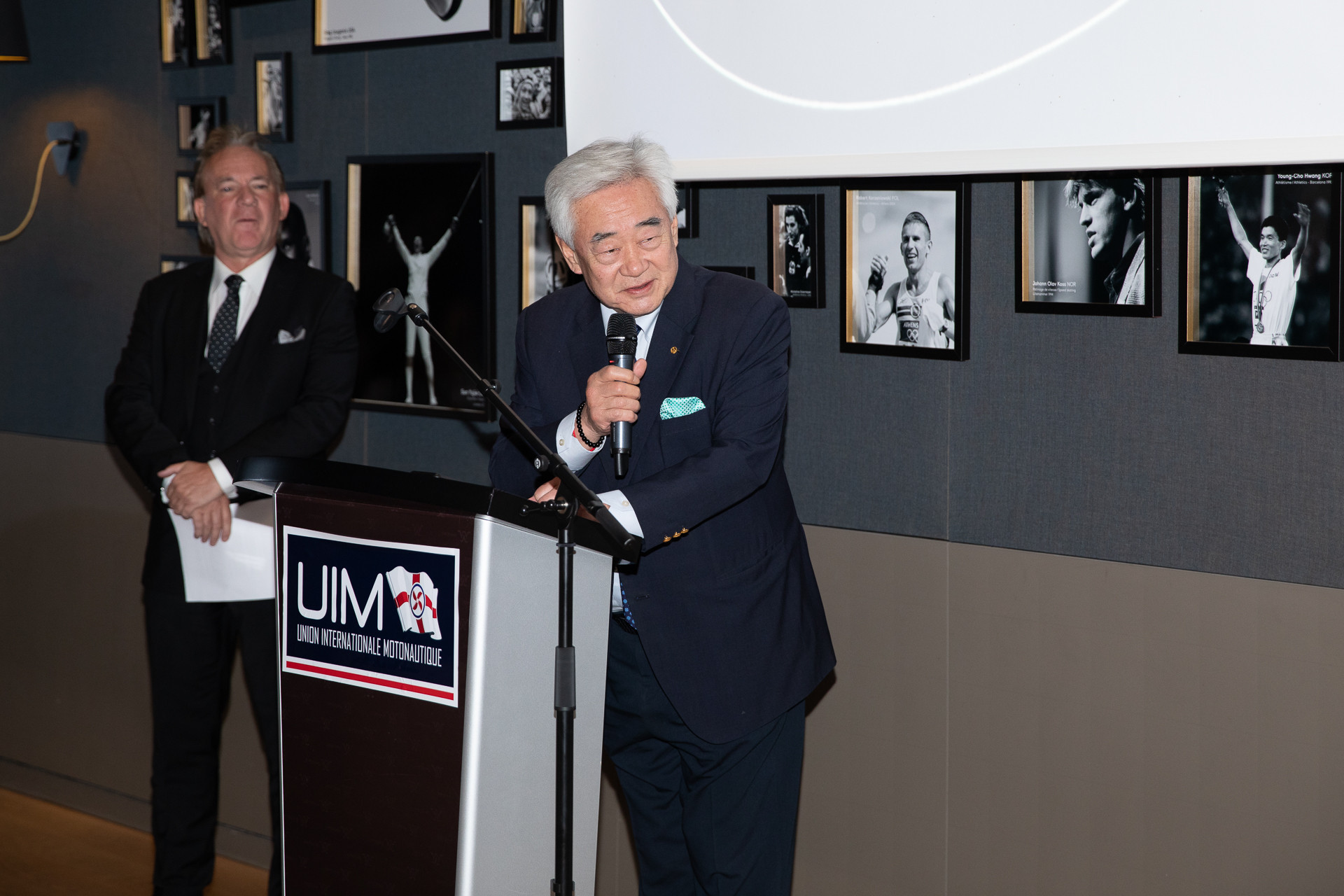 The South Korean was recognised because of his "dedication and achievements in instilling the integrity of sport through peace-related activities".

UIM President Raffaele Chiulli, who is also the President of the Global Association of International Sports Federations, presented Choue with his accolade at the Olympic Museum in the Swiss Olympic capital.

The ceremony included a performance from the World Taekwondo demonstration team, following an invitation from the UIM, while powerboating world champions were also honoured.

Stefano Casiraghi, the second husband of Princess Caroline of Monaco, is one of powerboating's most famous names.

"It is an honour to receive this trophy," said Choue, who established the Taekwondo Humanitarian Federation (THF) to teach the sport to refugees around the world.

"Mr. Stefano Casiraghi is a legend of the sport and President Raffaele Chiulli is a great friend, someone who also strongly believes in making the world a better place through sport.

"World Taekwondo and the Taekwondo Humanitarian Foundation are committed to contributing to the UN sustainable development goals.

"Our motto is 'peace is more precious than triumph' and that is a philosophy we live by every day.

"We know the UIM shares many of the same values and is doing a lot of excellent work in fulfilling its social responsibility.

"Taekwondo and powerboating may be very different sports but we are one people in the world of sport.

"When it comes to contributing to peace, there is a start line and no end line, that is all that matters.

"I hope that we can all work together towards a more peaceful and sustainable world through our respective sports."

Previous recipients of the Stefano Casiraghi Memorial Award include British Royal Princess Anne, a member of the International Olympic Committee.