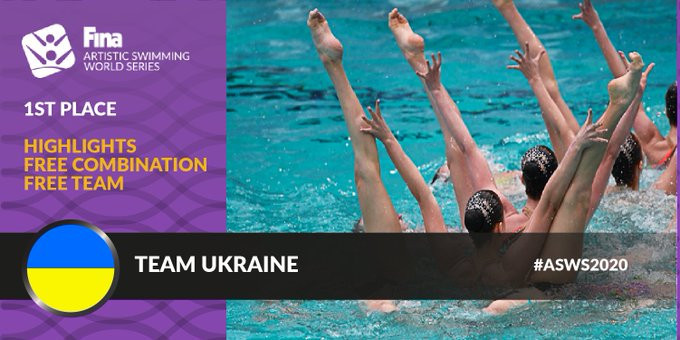 The country prevailed in all three events held on the final day at the Georges Vallerey pool, including the team free presentation which they won with 94.6000 points.

This pushed hosts France into second place with 88.6667 while Israel collected bronze on 84.5333.

In the highlight routine final, Ukraine showed their class again by scooping gold with 92.8333 points.

Finland were the only other team taking part so took silver on 68.9333.

#ASWS2020
Congratulations to Team Ukraine 🇺🇦 who earned the last three gold medals on stake in the final day of the competition.

There were also only two teams participating in the free combination which was won by Ukraine on 93.8000.

Ukraine's success saw them end the event with seven gold medals out of a possible 10.

The season is now due to continue in Hurghada in Egypt between March 27 and 29.