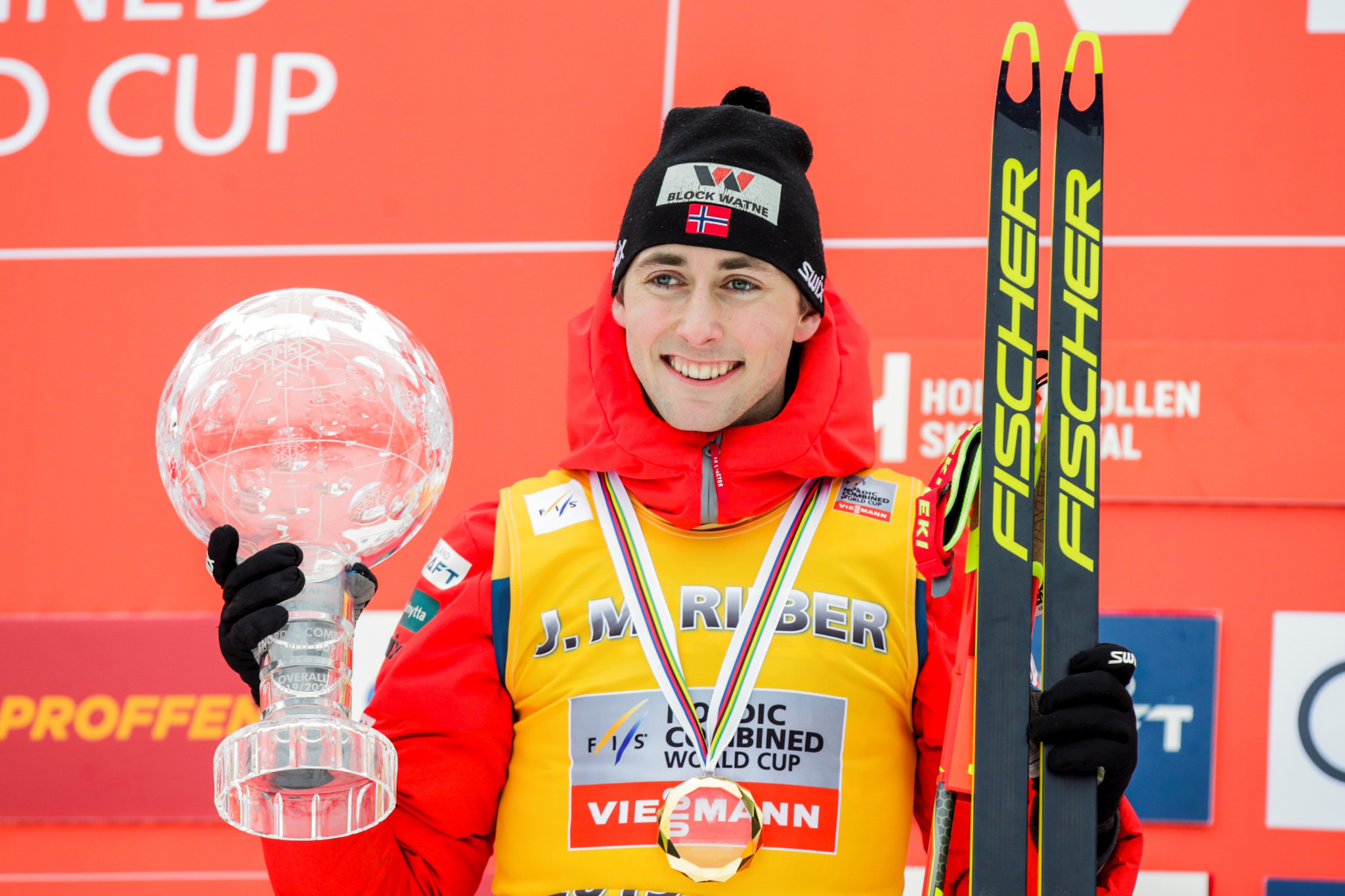 In the ski jumping round, Riiber jumped to 135.5 metres to score 145.3 points, claiming a clear lead of 0.41 seconds on runner-up, Ryota Yamamoto of Japan.

Yamamoto had scored 135.0, while Simen Tiller of Norway secured a surprise third place with 129.5.

Riiber then maintained his lead in the 10 kilometre cross-country skiing race, finishing in a time of 23min 59.9sec.

Today's competition was the final World Cup event of the season, with the meeting due to take place in the German town of Schonach from March 13 to 15 cancelled due to warm weather and lack of snow.

Riiber was subsequently handed the crystal globe in front of a home crowd, having topped the World Cup standings with 1586 points.

The 22-year-old had recorded 14 wins, with his nearest opponent compatriot Jørgen Graabak on 1106.

Vinzenz Geiger of Germany was third on 917.