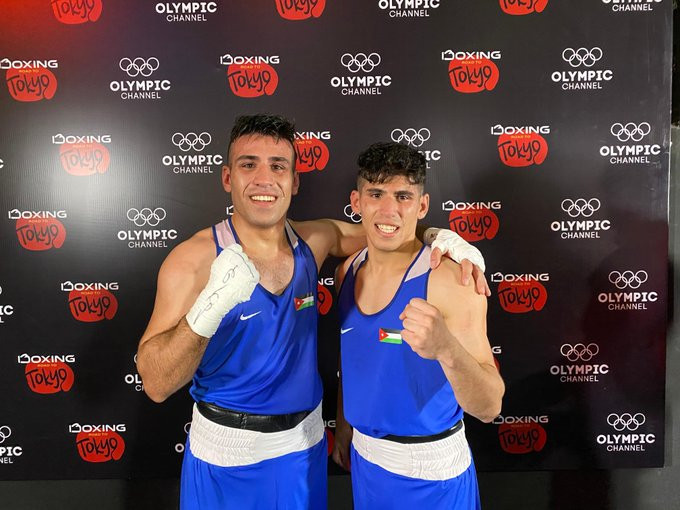 Jordan celebrated more home success at the Asia-Oceania Olympic boxing qualifier in Amman as two brothers advanced to the quarter-finals on their mother's birthday.

Both Hussein and Zeyad Ishaish are now just one victory away from Tokyo 2020 as all of the semi-finalists from across the weight classes will be assured of a spot.

Rio 2016 quarter-finalist Hussein, the fourth seed at heavyweight, won by unanimous decision against South Korea's Hyeongkyu Kim who was subject to a standing count in the second round.

Both brothers were cheered on by noisy home support at the Prince Hamzah Hall.

"I promised our mother that we would give her a birthday present of both of us qualifying and we delivered," said Hussein.

"This is a big moment not only for our family but for all of Jordan.

"Thank you so much for the support, we will not let you down."

Elsewhere, there was a unanimous victory for Vikas Kirshan at welterweight over Kyrgyzstan's Nursultan Mamataly.

The Indian, who has won Commonwealth Games and Asian Games gold medals, has returned to the Olympic ranks after a year as a professional in a bid to win gold at Tokyo 2020.

"I trained a lot harder as a professional and faced stronger punching opposition which has made me a tougher boxer, so it will prepare me better for tournaments like this," he said.

"I am sacrificing everything for my Olympic shot.

"I have left everything behind, including my family, to make Tokyo.

"I miss my babies terribly, but this is my dream."

In women's action there was a good win for Thailand's Asian youth champion Baison Manikon, who unanimously beat Nilufar Boboyorova of Tajikistan at welterweight.

The event was initially due to take place in Chinese city Wuhan, but was relocated due to coronavirus.

Thirty-five countries and 221 boxers are competing at the event, with 41 men's and 22 women's berths up for grabs at Tokyo 2020.