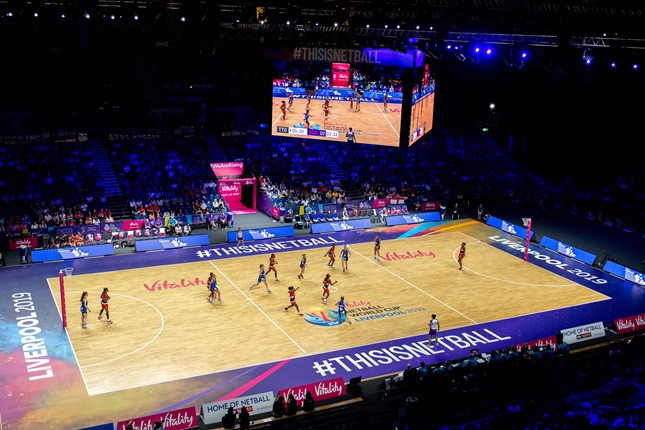 Overall, 6.07 million people in Britain attended, watched or followed the event, which took place at M&S Bank Arena in July and was won by New Zealand.

In addition to the economic gains, the research also outlines the benefits of hosting the Netball World Cup across the other four Sporting Future Government outcomes - physical wellbeing, mental wellbeing, individual development and social and community development.

The research, conducted by the Sport Industry Research Centre at Sheffield Hallam University, calculated the additional expenditure in Liverpool as a result of hosting the tournament from non-local, event-specific attendees and event organisers.

The tournament was worth significantly more to Liverpool than either the 2016 International Cycling Union Track Cycling World Championships or 2016 European Aquatics Championships were to London, with those events having generated £3.41 million ($4.43 million/€3.92 million) and £4.74 million ($6.16 million/€5.45 million) respectively.

Among the other findings from the research was that 160,000 British women were inspired by the event to start playing netball or play netball more, while 60 per cent of British spectators surveyed during the event reported feeling inspired to increase their participation in sport or active recreation as a result of attending.

It was also discovered that 68 per cent of British spectators felt happier than normal when attending the event, and a similar proportion had a sense of doing something worthwhile.

In addition, 1.35 million British adults felt happier than normal because of their interaction with the event.

From a social and community development perspective, 41 per cent of Britons, equivalent to 20.72 million of the national population, reported feeling proud about England hosting the Netball World Cup.

Among fans from Liverpool, 97 per cent agreed that they felt proud that the city hosted the tournament.

"The Vitality Netball World Cup in Liverpool last summer is a superb example of the wider societal benefits that the hosting of global sporting events bring in the UK," Esther Britten, head of major events at UK Sport, said.

"Not only do fans enjoy the chance to watch their heroes up close, but there are wide-ranging positive benefits to the region, local residents and the UK as a whole.

"As we build towards the Olympic and Paralympic Games this summer, there are still a whole host of world-class sporting events for UK fans to get involved with, including the Diving World Series, World Skate Street League Skateboarding Championships and the Canoe Slalom European Championships which have all been made possible with the support of National Lottery funding."

Fran Connolly, chief executive of England Netball, added: "The Netball World Cup is the pinnacle of international netball events and hosting this prestigious competition on home soil provided a once-in-a-generation chance to inspire women and girls across the country to watch, play and get involved in netball.

"Seeing these stats reminds me of the phenomenal impact that this event had.

"It makes me incredibly proud of what has been achieved and for the work that everyone behind the scenes put in to make it a success.

"We look forward to maintaining this momentum as we continue to grow our incredible netball family over the coming years."