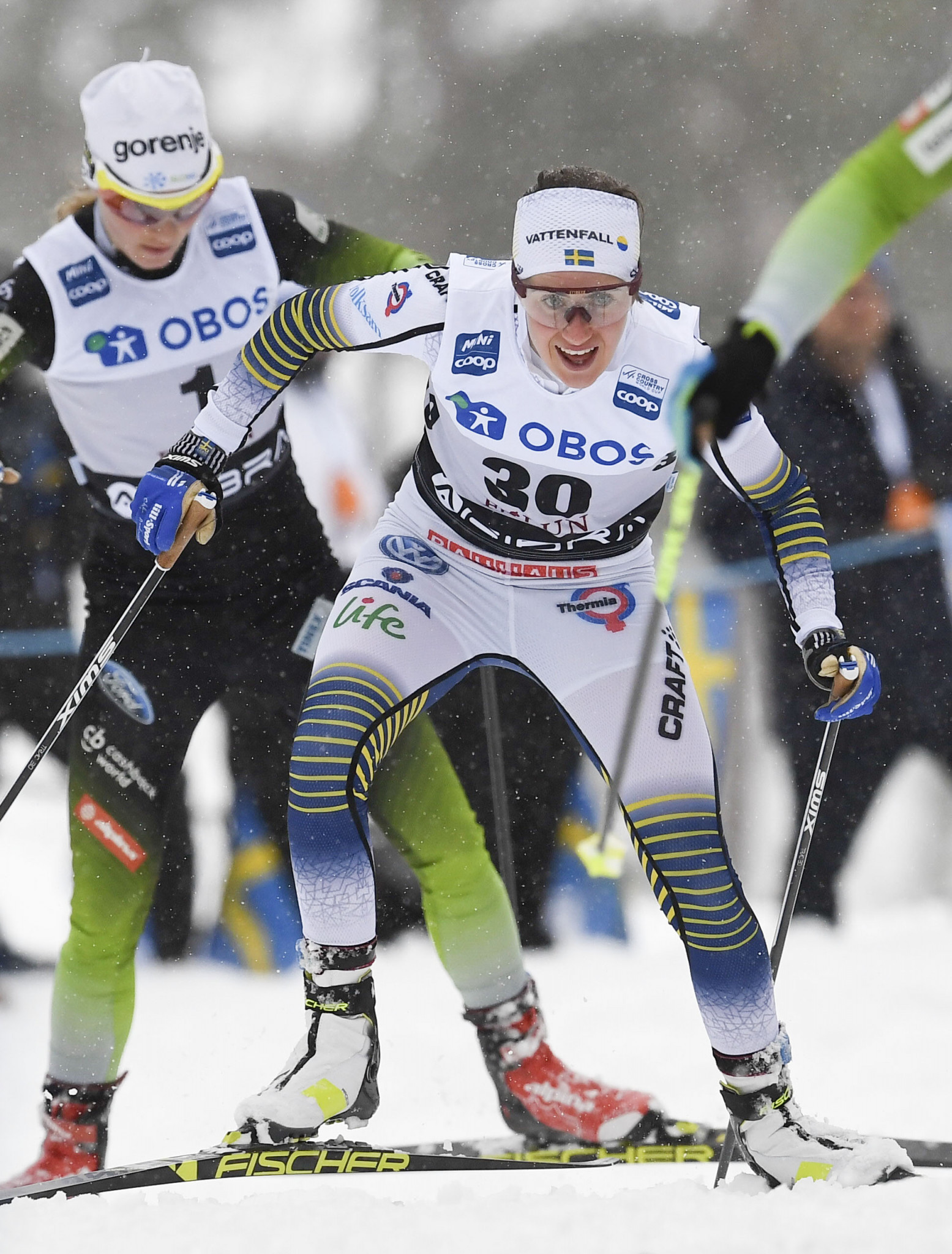 Andersson, a world champion and Olympic silver medallist in the women's 4x5km relay event, led a Swedish podium sweep with a time of 35 min 44.4sec.

It adds to her win in the women's 10km classic event from Tuesday (March 3).

Sergey Ardashev, who beat Amundsen to the men's 15km classic title on Tuesday, was the runner-up in 1:12:49.4.

Kramer triumphed with a total of 238.9 points and was followed in the standings by Norway's Thea Minyan Bjørseth and Italy's Lara Malsiner with 213.5 and 211.9, respectively.

Later in the day, Resinger prevailed with a total of 238.3 points, ahead of Norway's Sander Vossan Eriksen with 230.9 and Slovenia's Mark Hafnar with 228.5.

Action in Oberwiesenthal is due to continue tomorrow.