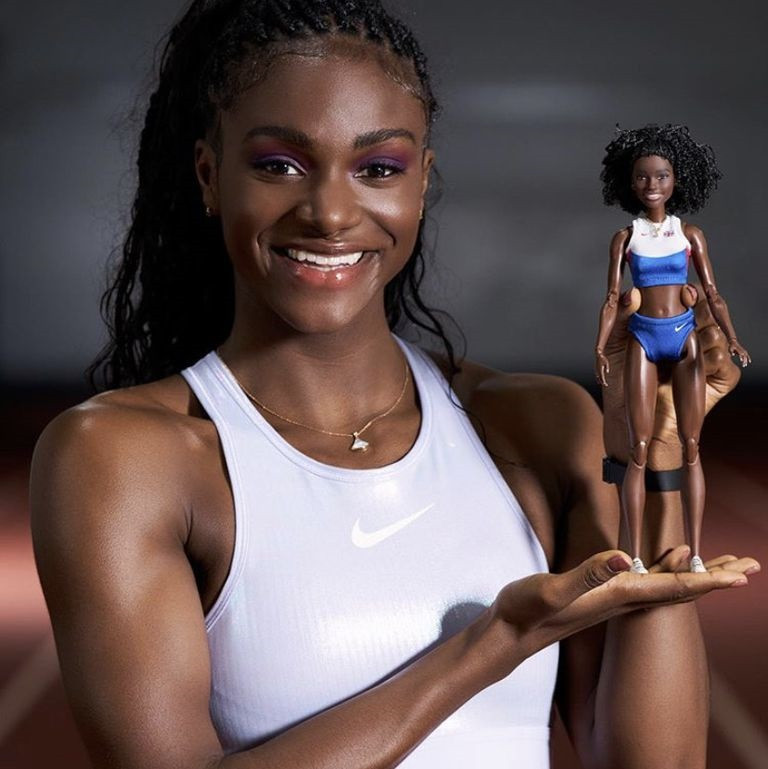 World champion sprinter Dina Asher-Smith has been made into a Barbie doll to mark International Women’s Day.

As reported by Runner's World, toy company Mattel chose the Briton, who won the 200 metres gold medal at last year’s World Athletics Championships in Qatar’s capital Doha, to be the inspiration behind their one-of-a-kind "Shero" doll.

"When I was growing up there weren’t many dolls that looked like me full stop, let alone one that represented what I wanted to be without compromising musculature and smaller features of self expression," Asher-Smith, a four-time European champion, wrote in a post on Instagram sharing the news.

"This is may seem quite small but positively showcasing accurate images of sportswomen is so important.

"It has the potential to shape young people’s perception of us, sport and as a result themselves and their own futures."

The launch comes as part of Barbie’s pledge to celebrate female role models in sports from around the world.

It is an effort to close the "Dream Gap", which is considered the time when girls start to doubt that they can be anything.

Research shows that when girls play sports, they report higher levels of confidence, which in turn breaks down barriers to self-belief.

The Asher-Smith Barbie doll comes wearing a Nike cropped vest and running shorts - the outfit she wore when she triumphed at Doha 2019.

"The level of detail and care was incredible," she added.

"I want to say a humongous thank you to the entire Barbie team for this effort and honour."

International Women's Day, a focal point in the movement for women's rights, is celebrated on March 8 every year.