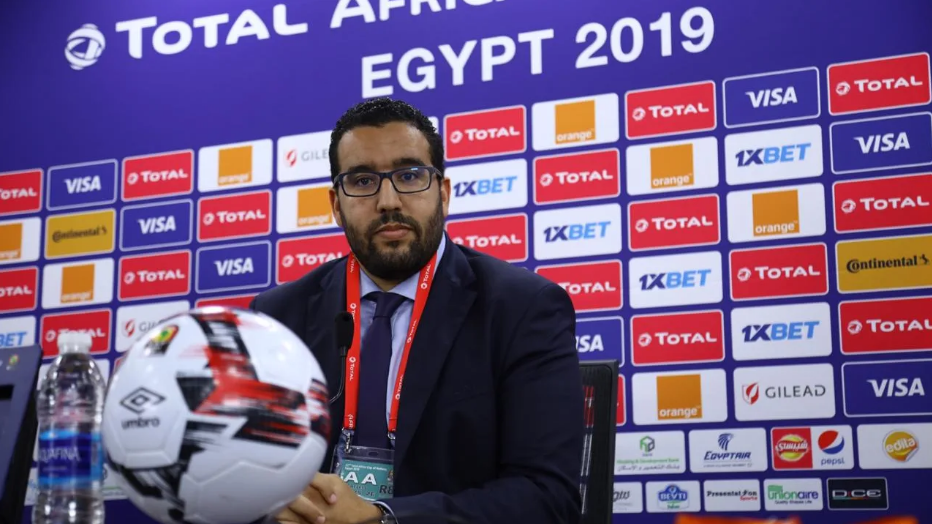 Abdelmounaïm Bah has been appointed as the Confederation of African Football (CAF) secretary general following the surprise resignation of Mouad Hajji.

The Moroccan has been promoted from his role as commercial director, with the decision made at an emergency Executive Committee meeting.

He is set to continue in both roles until the Executive Committee meets again.

Last month, it was reported by Inside World Football that Bah had handed in his resignation, and it is not known whether he will still leave CAF at the next opportunity.

His appointment as secretary general was made following the surprise resignation of Mouad Hajji, who had only been in the post since April 2019.

Hajji cited personal reasons for his resignation, claiming he needed to return home to Morocco as soon as possible.

"I would like to warmly thank President Ahmad Ahmad for giving me the opportunity to serve the football on the continent at such a level of responsibility," he said.

"The numerous reforms initiated in the areas of sporting and administrative since 2017 continues to remain a project which I believe in, and which I still support.

"I have no doubt that the President will continue to work for the good and development of our most beautiful sport."

Fahmy was appointed as general secretary in November 2017, but was fired in April after reportedly accusing CAF President Ahmad Ahmad of a series of offences, including alleged bribes, sexual harassment and misuse of the organisation's finances.

According to Reuters, Fahmy accused Ahmad of ordering bribes of $20,000 (£15,000/€17,000) be paid into accounts of African Football Association Presidents.

He was also alleged to have spent CAF funds on cars.

Fahmy filed the complaints with the FIFA Ethics Committee, which is still investigating them.

In July, Ahmad was briefly detained by French authorities in Paris as part of a separate corruption probe.

In addition, an independent audit published last month by PricewaterhouseCoopers also found CAF accounting records to be "unreliable and not trustworthy".

The current crisis at CAF has been exacerbated by a number of staff resignations, including Bah, Hajji, communications director Nathalie Rabe and director of legal affairs Achta Saleh.