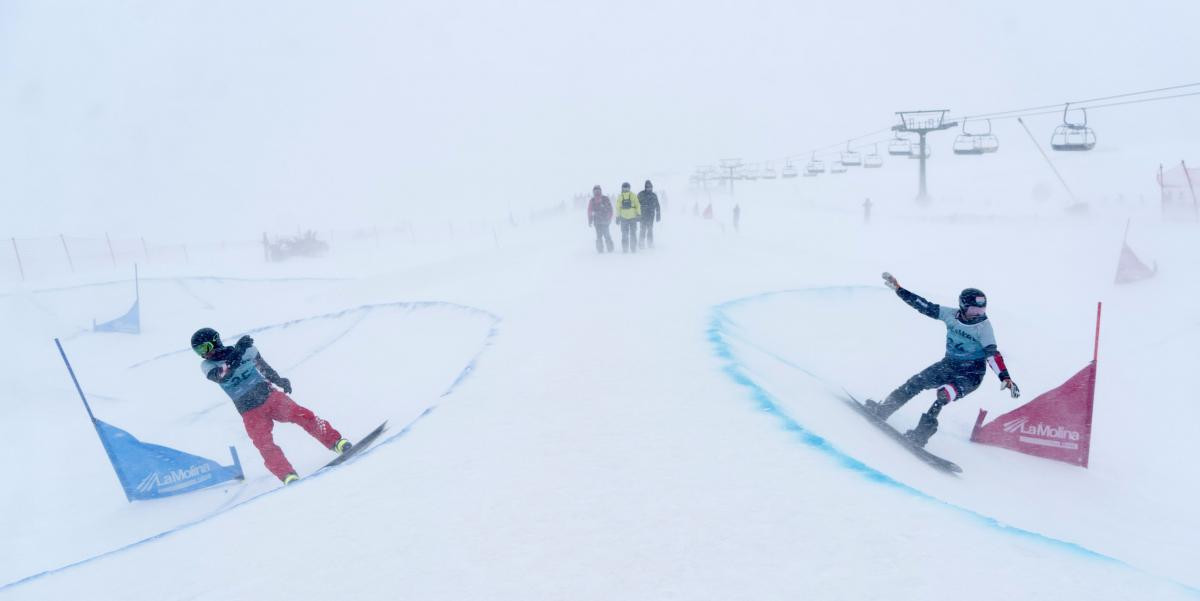 Austria’s Rene Eckhart claimed his first-ever victory at a World Para Snowboard World Cup as the dual banked slalom discipline featured at an international competition for the first time in La Molina.

While bad weather forced the postponement of the first set of races yesterday, back-to-back events went ahead as planned today on the Spanish ski resort’s Torrent Negre course.

Eckhart finished the first men’s SB-LL1 race 0.65 seconds ahead of Romania’s Mihaita Papara, who celebrated the first World Cup medal of his career and the first medal won at a major international event by a Romanian Para-snowboarder.

"It’s a great feeling to be at the top.

"The new dual banked slalom format is super fun and it’s very cool to compete with others.

"Many thanks to the Spanish shaper crew for the hard work – it was a really great course.

"I think it has good potential for the future."

Australia’s Ben Tudhope and Argentina’s Carlos Javier Codina Thomatis were the second and third-place finishers, respectively, in both races.

The 46-year-old has competed on the World Cup circuit for 10 years and registered top-10 finishes at Sochi 2014 and Pyeongchang 2018.

In the men’s SB-UL class, both gold medals went to Italy’s Jacopo Luchini who fended off Britain’s James Barnes-Miller in the first final, and France’s Maxime Montaggioni in the second.

Victory in the other women’s races went to France’s Cécile Hernandez in the SB-LL1 class and Spain’s Astrid Fina Paredes in the SB-LL2 class.

The two identical runs built on the Torrent Negre course stretched for 398 metres and had an 80m drop with 15 gates between the start and finish area.

The Para-snowboarders are next due to compete at the World Cup Finals in Norwegian village Hafjell from March 10 to 15.