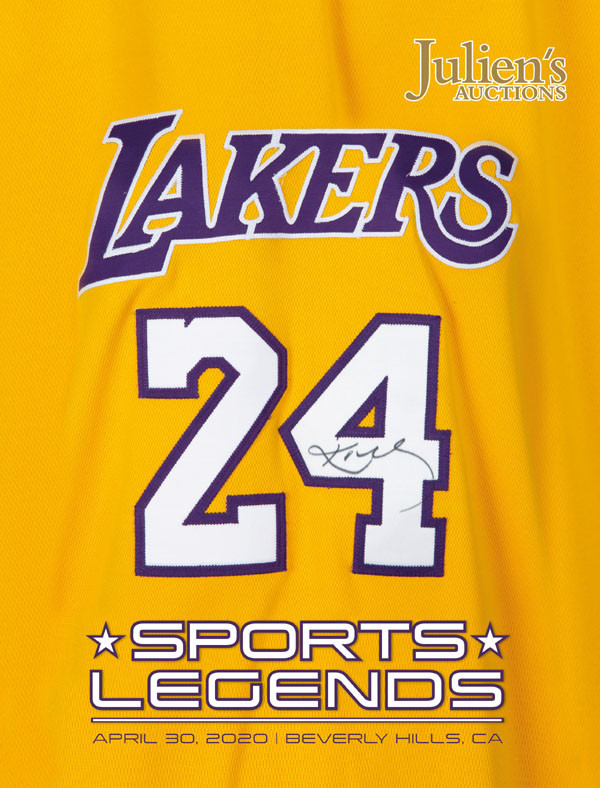 Kobe Bryant memorabilia, including Los Angeles Lakers uniforms, are set to go up for auction next month.

The sale is being organised by Julien’s Auctions, who revealed that the auction was already planned before the death of the double Olympic gold medallist at the age of only 41 earlier this year.

Bryant, his daughter Gianna and seven others were killed in a helicopter crash in California on January 26.

"We are honoured to include this collection of his items and pay tribute to this giant who was an inspiration not only to basketball fans but to the entire world," Darren Julien, Julien’s Auctions’ President and chief executive, said.

The Lakers uniforms up for sale include one worn during the 2000 National Basketball Association (NBA) Finals, with his original number 8.

The sale is due to take place on April 30 in Beverly Hills as part of their annual sports auctions.

The other Bryant Lakers uniform is the number 24 he wore during the 2007-2008 season when they were beaten by Boston Celtics in the NBA Finals.

The death of Bryant has led to a big increase in prices for memorabilia connected to him.

Bryant-related memorabilia such as trading cards, autographed basketballs, jerseys and shoes is also selling fast on auction site eBay, with sellers hiking up prices to take advantage of the increased demand.

One eBay user wanted $3 million (£2.3 million/€2.8 million) for a basketball signed by Bryant and the rest of the Los Angeles Lakers team from 2002 which won a third consecutive NBA Finals, CNN reported.