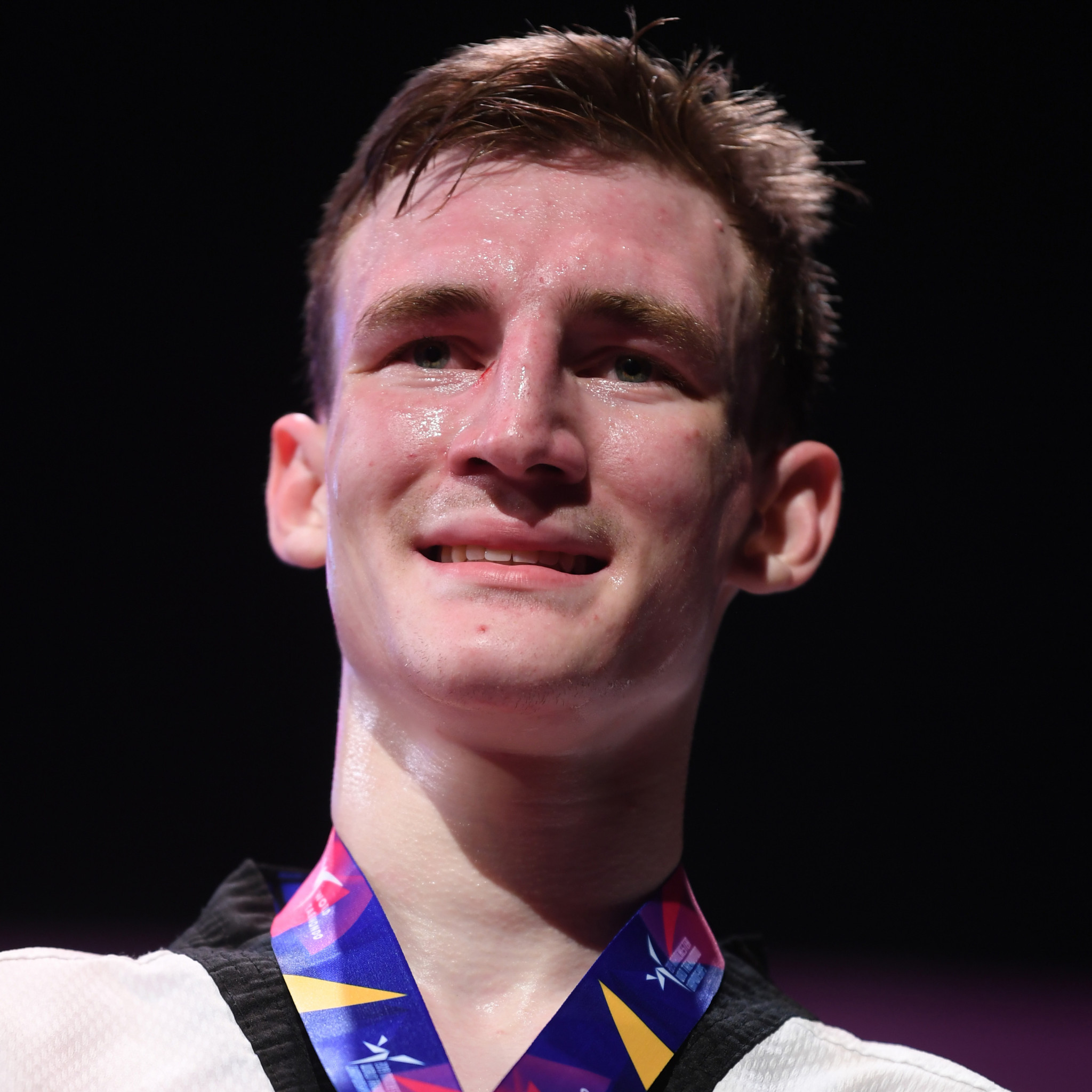 Bradly Sinden created history in Manchester in 2019 as, at the age of 20, he became Britain's first male taekwondo world champion.

Britain's women have established a golden tradition at the Championships in the space of the last 20 years, with double Olympic champion Jade Jones claiming her first title in Manchester to complete her medal set in the under-57 kilograms category.

Sarah Stevenson was the first British woman to win a world title when she claimed the under-72kg gold in 2001, and she added the under-67kg title ten years later.

Sinden joined the golden crew thanks to a 24-19 win in the under-68kg final over the favourite, Spain's Javier Pérez Polo.

British men have reached the podium at the World Championships over a period of more than 40 years, with Lindsay Lawrence winning two silvers and a bronze between 1979 and 1983.

Sinden, who comes from Doncaster, took under-63kg bronze at the 2017 World Championships in Muju, South Korea, before taking two steps up to the top of the podium in 2019.

"I went out there to see what I could do," he told World Taekwondo.

"Ultimately, I put the work in and that is what got me the gold medal.

"Being Britain's first male champion is also great and I am really lucky to be the first one from the team.

"The girls are so dominant in the sport, so the men need to step up our competition."

Sinden added that his "emotional" defeat in the previous year's World Taekwondo Grand Slam in Wuxi, China, where he was beaten in the final by home athlete Zhao Shuai, had caused him to review his training.

"I looked at what I needed to do better," he said.

"I implemented everything I needed to change in my next three events leading up to the World Championships and went to training camp."

Looking ahead to this summer's Tokyo 2020 Olympic Games, he said: "I want to come home with the first British men's Olympic gold medal.

"I have had a lot to improve on, but I have a lot of drive."

Since then that drive has continued to take him to the heights of his event, although he has missed out on gold on two recent occasions.

Pérez Polo avenged his World Championship final loss by beating Sinden 19-11 in the G4 European Championships under-68kg final in November 2019, and a month later at the the Grand Prix Final in Moscow the Briton took silver after defeat by South Korea's Lee Dae-hoon.