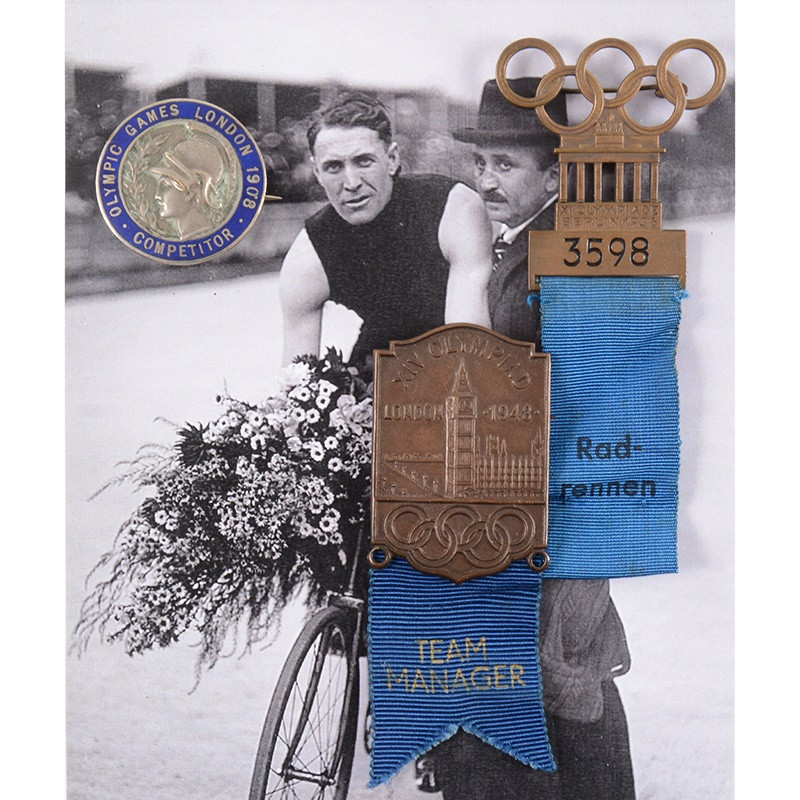 His medals from those events were among the items that went up for sale at Gildings Auctioneers in Market Harborough.

Other items that went up for sale were Bailey's competitor badge from the 1908 Olympic Games in London, where he competed in the sprint and 5,000 metres, failing to reach the final in either event.

The team badges he was awarded when he was Britain's cycling team manager at the 1936 and 1948 Olympic Games in Berlin and London will also be up for auction.

Bailey turned professional in March 1914, but could not compete due to World War One.

In 1920, he returned to the track and won a bronze medal in the sprint at the UCI World Championships in Antwerp.