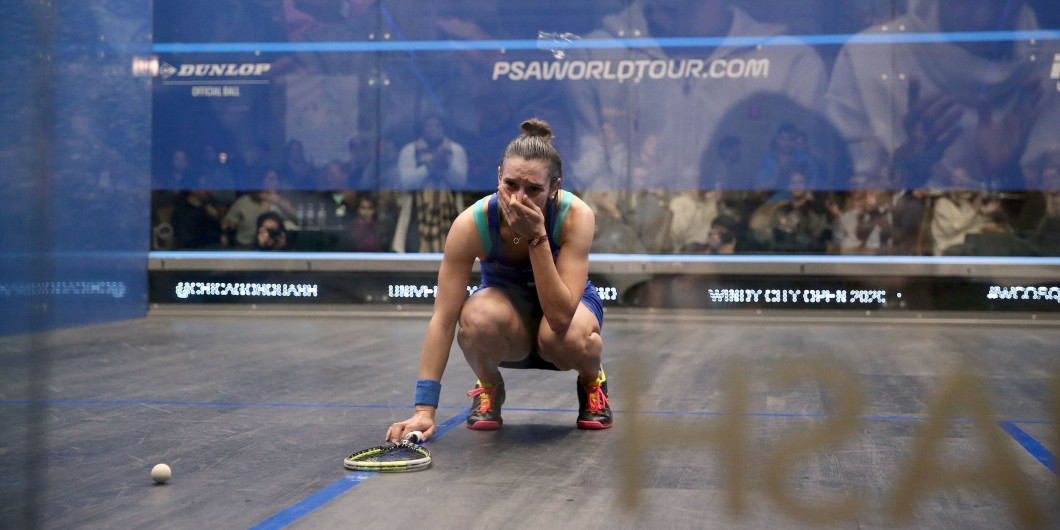 France's Camille Serme partially made amends for a heartbreaking defeat to Egypt's Hania El Hammamy by coming out on top in another five game affair between the two at the Professional Squash Association Windy City Open in Chicago.

The world number three squandered a 2-0 lead before losing to El Hammamy, the 19-year-old world junior champion, at the Women's World Championships in front of the Great Pyramids of Giza in November.

She came out on top this time at the University Club of Chicago's Cathedral Hall but was still pushed all the way by the teenager before making the quarter-finals.

"I knew it was going to be a battle," said Serme, the fifth seed.

"I was focused on what to do on court, what the right tactics were and trying to play the best that I could.

"At the end it could have gone either way.

"I tried to forget about the Pyramids, but I tried to remember what I did wrong and what she did well, to try and avoid her playing her best."

Serme's win over the ninth seed books a place with Egypt's reigning world champion Nour El Sherbini, who she beat in the Tournament of Champions final, in the last eight.

In the men's third round, Egypt's fourth seed Karim Abdel Gawad was among those to progress.

Egypt's Mohamed ElShorbagy, the second seed and 2017 world champion, did not need to play as opponent and compatriot Mazen Hesham suffered a hip injury.

All of the quarter-finals at the PSA World Tour event are tomorrow.