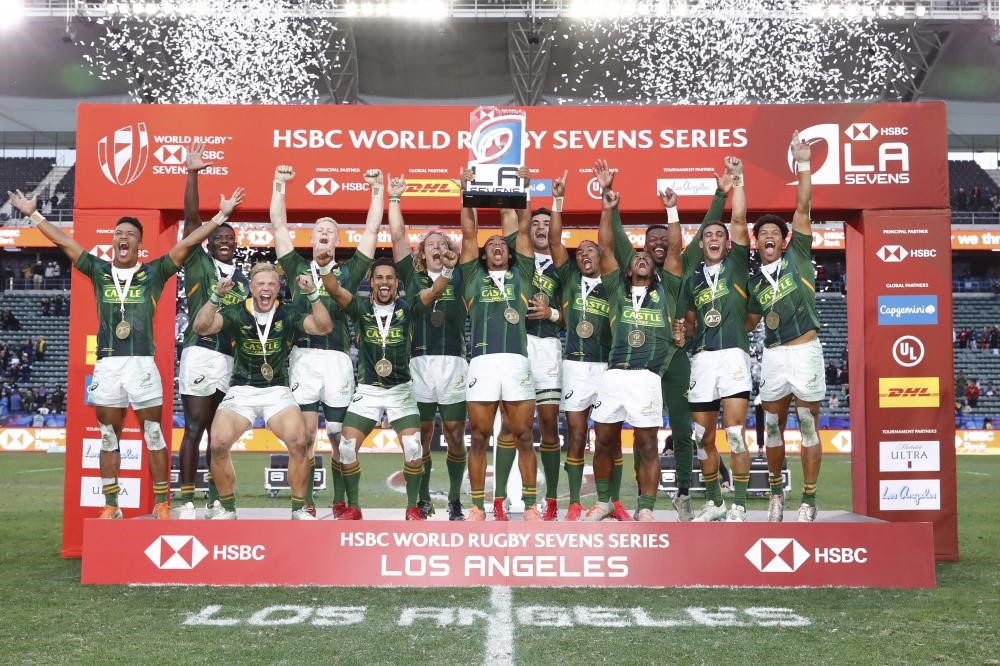 South Africa won the Los Angeles Sevens after staging a superb comeback to beat Fiji in the final.

Sakoyisa Makata scored the winning try after South Africa battled back to force a 24-24 draw at the end of normal time.

Fiji started superbly with three tries in the opening five minutes but they could not maintain their lead despite being 19-0 in front.

A converted try by Branco Du Preez in the final minute of normal time brought the game level before Makata sealed an unlikely turnaround.

The result meant South Africa took revenge after Fiji beat them in the final at the last stop of the season in Sydney.

They have now won two of the five events this term after their success at the curtain-raiser in Dubai.

"You could see that belief in the second half."

In the quarter-finals, South Africa disappointed the home crowd by edging out hosts United States 12-10.

The Americans had been hoping to win their home tournament for the third year in a row.

Fiji sit third with 72 as they bid to defend their title.

The season will now continue with the Canada Sevens in Vancouver on March 7 and 8.