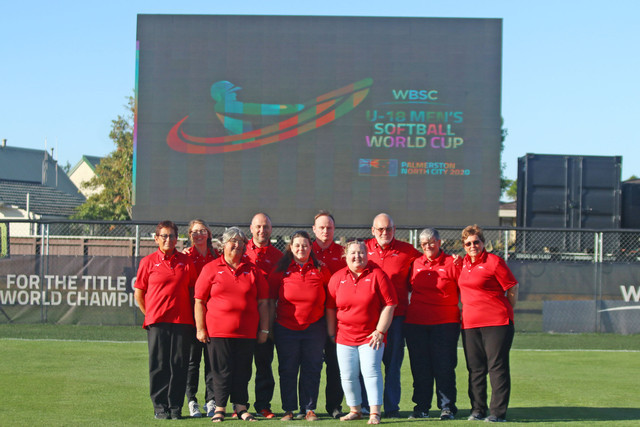 Softball officials who will work at the Tokyo 2020 Olympics have been put through their paces at the Under-18 Men's World Cup in New Zealand.

Umpires, scorers and technical officials all worked at the event in Palmerston North, which was won by Japan yesterday.

Women's softball, alongside men's baseball, will make its Olympic return in Tokyo this year after both sports were axed following Beijing 2008.

Canada's Roberto Perez-Leon, a member of the Tokyo 2020 Softball Technical Commission, was among those involved at Colquhoun Park.

"After 50 years in the game, it's a dream come true to be selected to go to an Olympic Games," he said.

"We have so much support from the International Olympic Committee and World Baseball Softball Confederation, as well as a fantastic team.

"This tournament in Palmerston North has given us a great opportunity to work together in the lead-up to Tokyo.

"We've been working very hard here and will continue that in Tokyo."

Bob Stanton, another Canadian, will lead the softball umpiring team at the Olympics.

"This Under-18 World Cup is important, as it's the first time some of these umpires have worked together," he said.

"We've had a fantastic training programme at this event, have begun a solid team building process, and it's been great to build rapport with one another."

Italy's Maurizio Ronchi was the scoring director in New Zealand and will be a key part of the scoring team in Tokyo.

"It really is a dream to be going to Tokyo," he said.

"I was in Tokyo two years ago for the Women's Softball World Cup, but this time will be completely different.

"The Under-18 World Cup has been fantastic.

"The local scorekeepers are doing a great job, and we have a wonderful international team too."