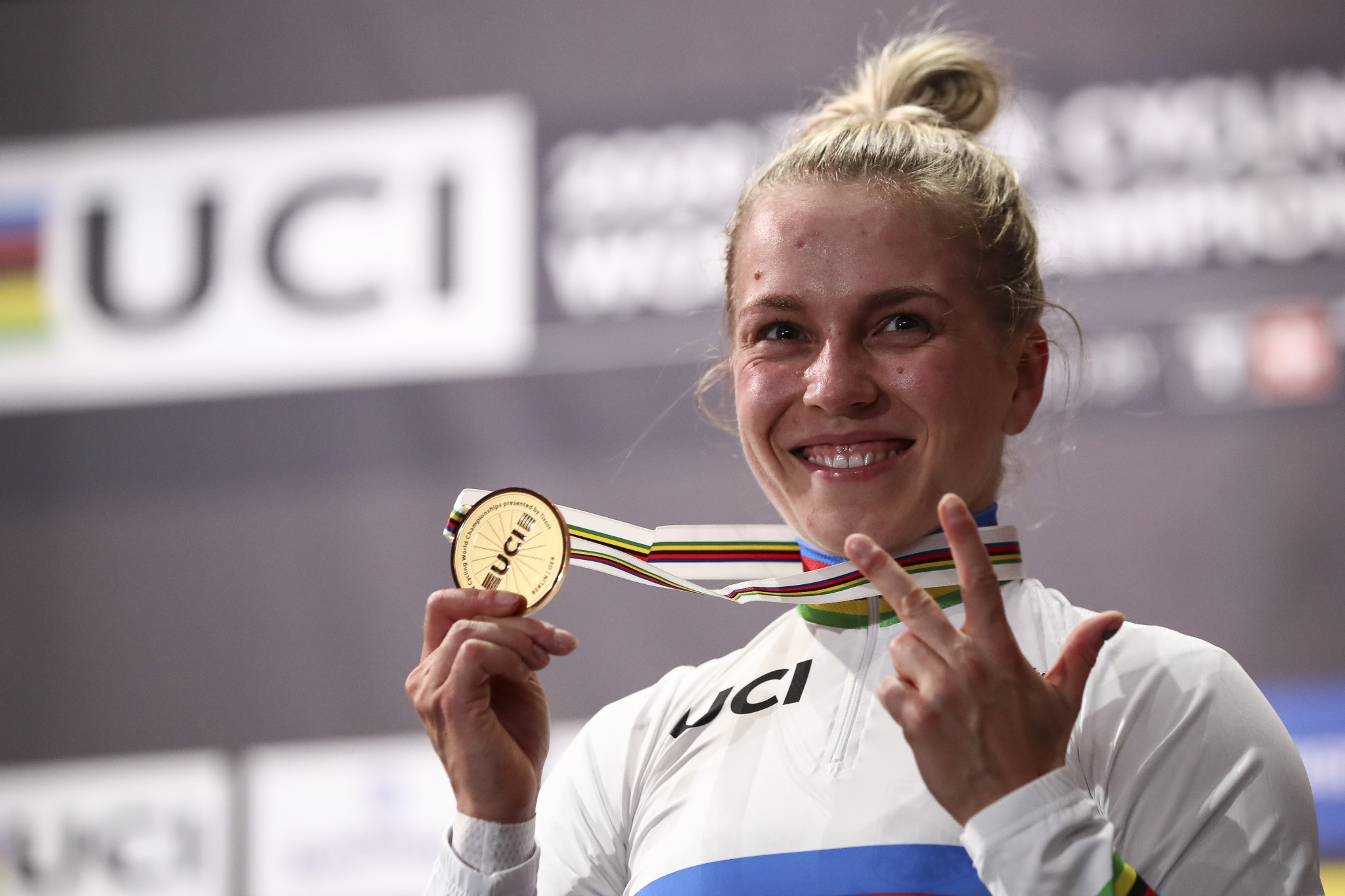 Emma Hinze of Germany won her third gold medal of the World Track Cycling Championships as competition concluded in Berlin.

The home favourite had already topped the podium in the women's sprint and team sprint, claiming her third title in the keirin.

She dominated in the gold medal race, hitting the front with two laps to go and holding her lead to cross the line in 11.121sec.

Lee was second, with Morton completing the podium.

"I still can’t believe it, I didn’t expect to win again," Hinze said.

Azizulhasni Awang of Malaysia was the bronze medallist, consigning Mateusz Rudyk of Poland to fourth place.

Britain's Elinor Barker was the victor in the women's point race after collecting 50 points.

She was followed by Jennifer Valente of the United States on 34 and Anita Stenberg of Norway on 33.

At the conclusion of the Championships, The Netherlands topped the medal table with six gold medals, two silver and one bronze.

Hosts Germany were second on four gold, one silver and three bronze, while the US were third with two golds and three silvers.