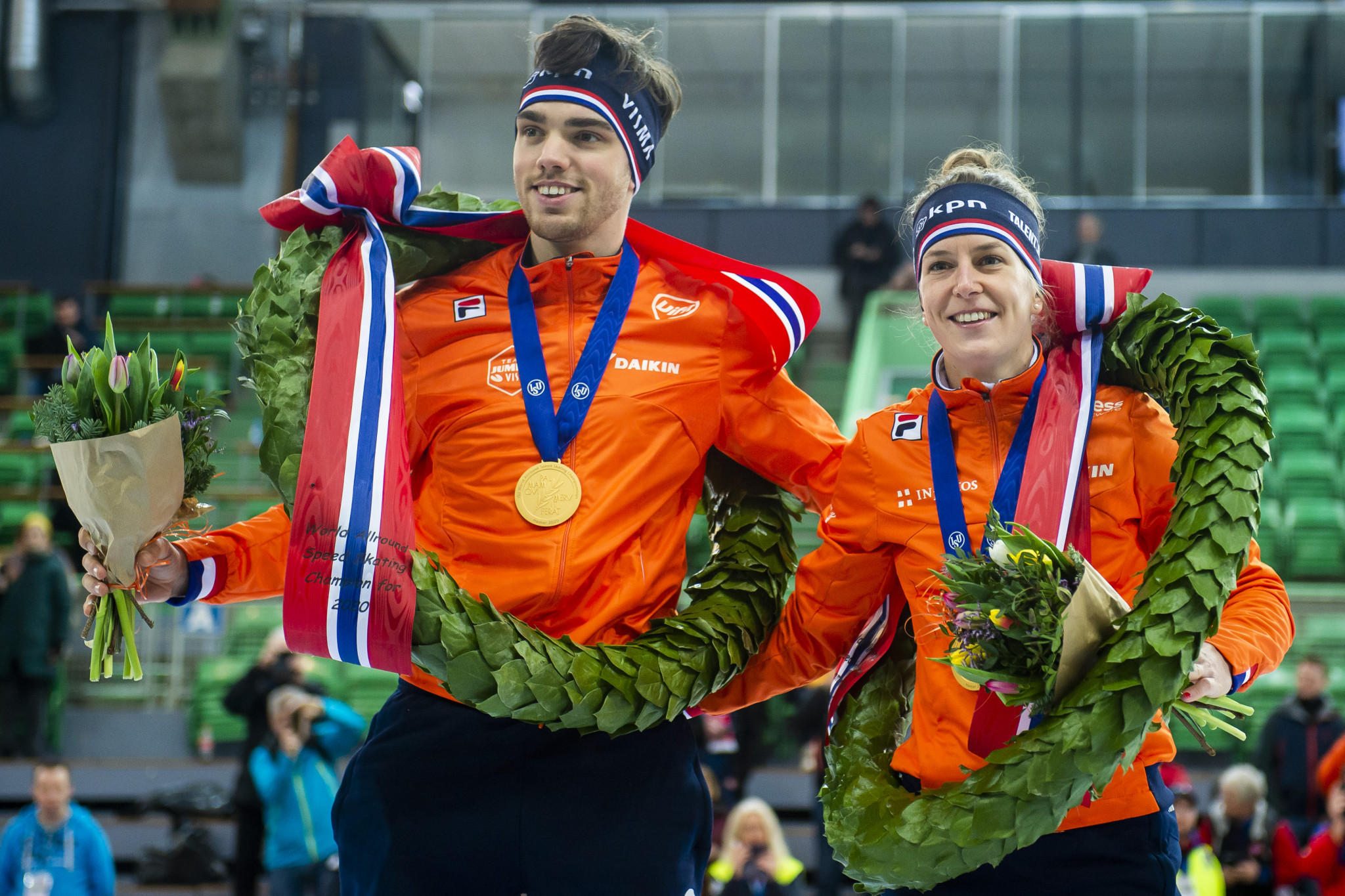 The Netherlands’ Patrick Roest and Ireen Wüst maintained their domination of the World Allround Speed Skating Championships by clinching gold medals in Hamar.

Wüst was targeting a seventh all-around title at the Norwegian venue and topped the standings at the halfway mark.

It followed the multiple Olympic, world and European champion placing fourth in the 500m yesterday, before ending third over the 3,000m distance.

The Dutch star moved closer to sealing the title by posting a track record 1min 53.89sec to win the 1,500m event.

Russia’s Evgeniia Lalenkova and Japan’s Nana Takagi were 0.95 and 1.26 seconds off the pace of Wüst.

The Netherlands’ Antoinette de Jong was third in 7:02.79.

Wüst was crowned the overall champion at the end of the competition on 159.524 points, with Canada’s Ivanie Blondie and de Jong following on 160.462 and 160.631 respectively.

A seventh all-around gold for Wüst saw her move her one away from Germany’s Gunda Niemann-Stirnemann, who holds the record for women’s titles at the event with eight wins.

The Netherlands’ Sven Kramer holds the men’s record with nine titles, which he achieved between 2007 and 2017.

Roest succeeded Kramer as champion in 2018 and repeated the feat last year.

The Dutchman clinched a third successive title, after he won three of the four races contested in Hamar.

He finished the competition with a winning total of 147.880 points, with Norway’s Sverre Lunde Pedersen second 27.94 points down.

The World Sprint Speed Skating Championships was held alongside the all-around competition for the first time, with Japan’s Miho Takagi and Tatsuya Shinhama earning titles yesterday.