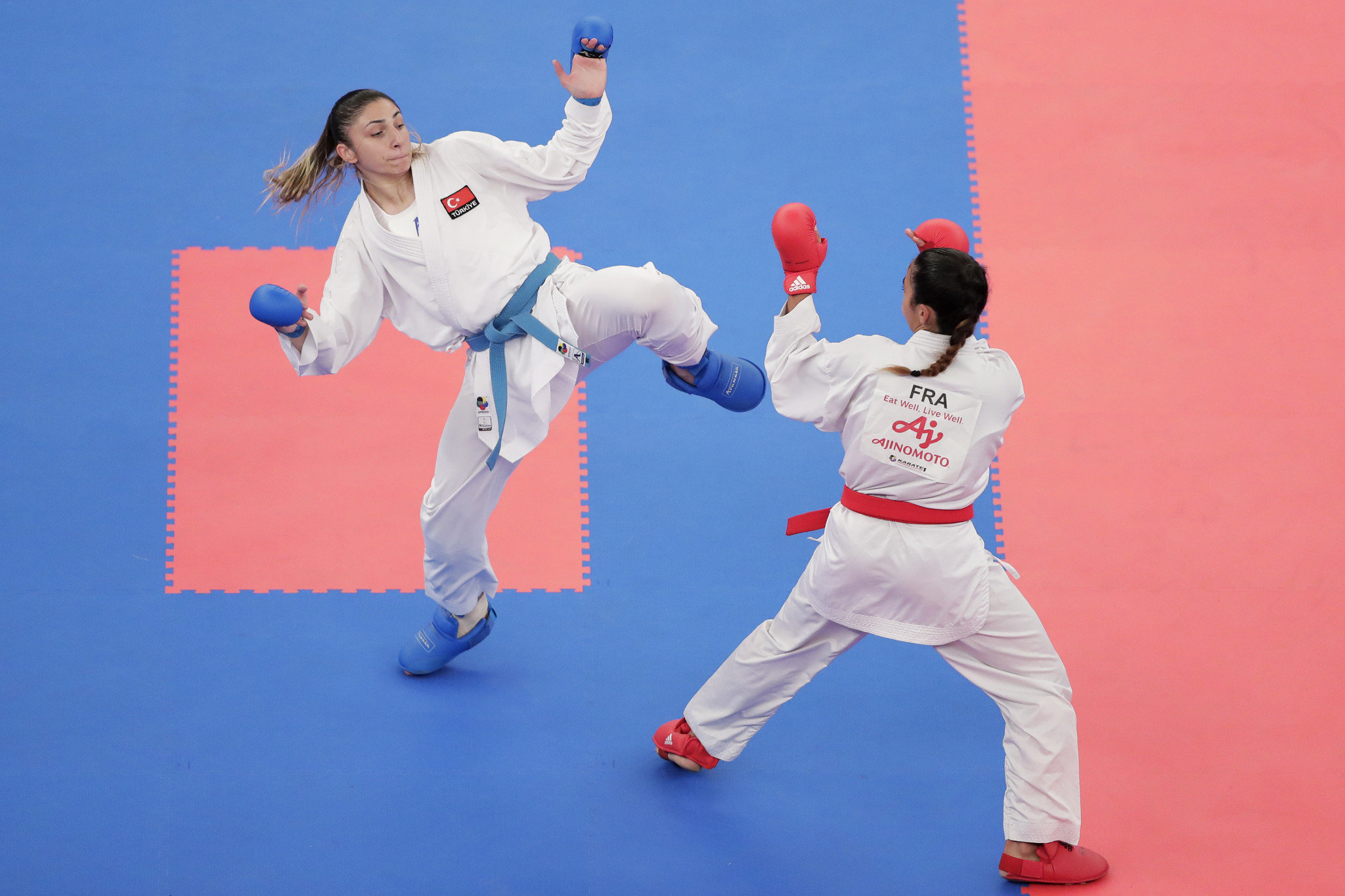 Turkey enjoyed a successful day at the Karate 1-Premier League in Salzburg, with three of their karatekas progressing to a final.

Ali Sofuoglu reached the male kata final at Sporthalle Alpenstrasse in the Austrian city, scoring 26.54 in his heat.

His opponent is set to be Kazumasa Moto of Japan, who put himself in with a chance of earning his first Karate 1-Premier League title with a score of 26.48.

European champion Merve Coban became Turkey's second finalist after edging past grand winner Xiaoyan Yin of China in the semi-finals of the women's under-61 kilogram division.

She will face Haya Jumaa of Canada, a 1-0 victor against Giana Lotfy of Egypt.

"My draw was very difficult but I managed to reach another final after doing it at the Karate 1-Premier League Paris," she said.

"I want to keep my position at the Olympic standings and I am very happy to be in the final.

"I know my opponent is very good but I will do my best to win."

The grand winner triumphed 4-2 over Aykhan Mamayev of Azerbaijan, setting up a clash with Croatian world champion Ivan Kvesic.

"The final will be very key for me because I will be facing the world champion," said Aktaş.

"I will do my best to take the gold medal."

Feryal Abdelaziz of Egypt caused an upset in the women's under-68kg, defeating grand winner Irina Zaretska of Azerbaijan 12-5 in a thrilling semi-final.

The reigning African champion is set to battle Li Gong of China for the title.