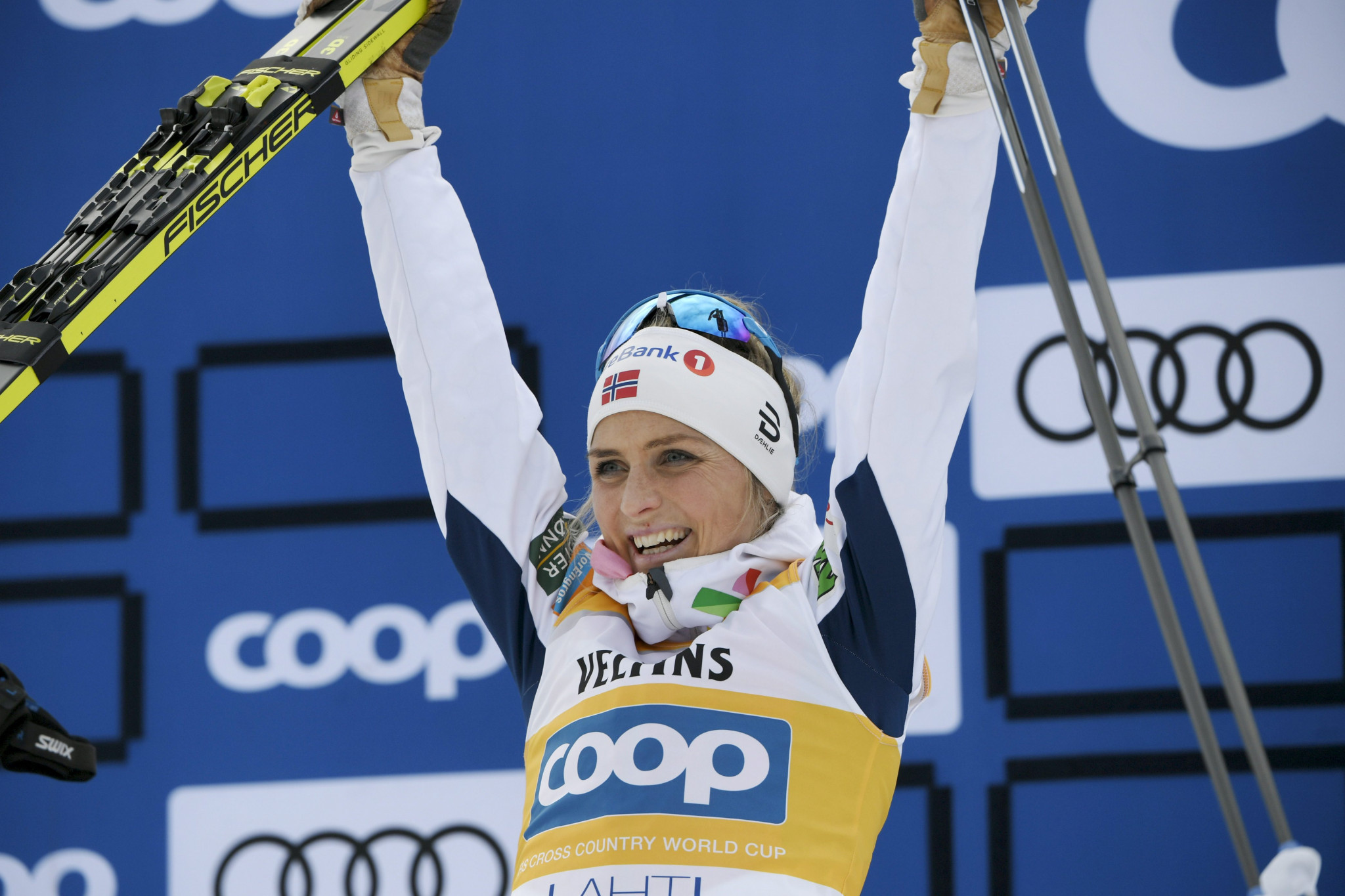 Both athletes had won 62 individual distance races during their career, with Johaug having drawn level with victory in Trondheim last week.

On her 200th World Cup appearance, Johaug moved clear of Bjørgen with a hard-fought win in Lahti.

Johaug won the women’s 10-kilometre race in a time of 23min 53.3sec, with Sweden’s Ebba Andersson just 3.4 seconds off the pace as the runner-up.

Finland’s Krista Parmakoski rounded off the podium in front of a home crowd by finishing in 24:05.1.

Johaug has now won 17 of the last 19 World Cup distance races, as the Norwegian continues to pull further clear at the top of the overall standings.

She now has a total of 2,368 points, with her compatriot Heidi Weng lying second on 1,647 after ending seventh today.

Finland’s Livo Niskanen celebrated victory in the men’s race, with the local skier completing the 15km event in a winning time of 32:15.5.

World Cup leader Alexander Bolshunov finished as the runner-up, as the Russian ended 10.1 seconds down on the winner’s time.

The podium was completed by Norway’s Hans Christer Holund, who finished in 32:44.3.

Bolshunov tops the World Cup standings on 2,028 points with nine races left of the season.

Norway’s Johannes Hoesflot Klaebo is 465 points adrift of the Russian in second place.